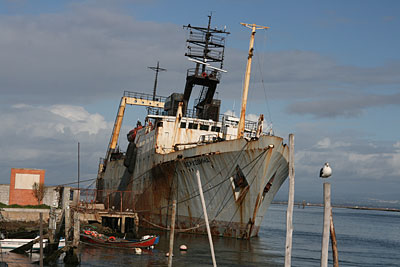 For the start of the New Year I chose the hard way. Perhaps I didn’t fully anticipate how it would be, and just saw the original side. I thought I could play the hero or be eccentric by doing an ordinary thing on an extraordinary night.

When I was asked whether I’d be celebrating or be free to serve the night shift at the homeless shelter, I declared myself available to work. Friends who phoned to invite me to join in their celebrations or just to wish me a happy new year, sounded rather pitiful when I smugly announced I’d be on duty, but I couldn’t understand why. After all, I expected there would be some rejoicing even there and I might be joined by other volunteers that had half promised a visit when we met for the Christmas do.

On Saturday night I left for the dorm at around 8 pm and I ran into a young man wearing an orange reflective waistcoat. I thought that like him and me, not all were going to celebrate the conventional way, but were getting ready for a shift on a special night. Some were even going to be on high alert, if working in the emergency services.

As I leafed through the log journal at the dorm, I read the other volunteers’ comments left about the previous nights and realised it was not going to be a relaxed atmosphere. There was much tension in the air following a row between two guests on Christmas day. During the holidays a homeless person’s situation becomes particularly unbearable, just as most other people are collectively supposed to bond and have fun.

The guests were indeed on edge. The first to turn up bitterly commented on some volunteers greeting him with the silly question “You all right?” when obviously the answer is that nothing is in order in his life. I understood, but although, luckily enough, my greeting had just been a handshake and “Good evening”, I could not feel exempt from the guilt for other times, if this is to be considered a guilt. I said apologetically that it’s a customary greeting, or something you say to cheer up; nothing to be taken literally. But these are susceptibilities to be taken into account as you move out of mainstream society.

More people came and the feeling got even worse. Someone insisted he had talked to me about a certain subject I knew absolutely nothing about and would like to resume it. I adamantly denied we had conversed about that, and jokingly added that my memory doesn’t usually fail, so I had reasons to doubt his. He sank into a huffed silence and soon walked away without a word.

The tension escalated as a man reported the theft of his mobile phone which had happened the night before on the premises, presumably at the hands of a room mate. Suspicions pointed to someone in particular, but there was no proof and of course he’d denied everything. It was not much a matter of money as of broken confidence, and it added a heavy shade of mistrust and unfairness to the evening.

Then there was the calendar affair. Someone brought a few he’d come by at a café – one had male nudes. He said he wanted to give it to another guest and I naively asked why him. I instantly corrected myself and said “Well, of course he must like this!”. Although this man had talked about a wife, I’d indeed noticed lewd looks to me once. Now I felt uneasy and I’d rather his inner self had not been exposed in this gross way.

Midnight came as all were supposedly in their beds. I for sure was in mine and heard the bangs of firecrackers and fireworks rocket the neighbourhood. I tried to listen to a radio play, but sleep took over me.

On January 1, we woke up to a beautiful clear day, but the air was still weighing heavy in the house. Someone had not got up in time and I had to shake him out of his sleep, minutes before I was to close the dorm. I’d already switched off the coffee machine and this person took it personally and left without drinking anything. It still weighs on me that I was supposed to be welcoming and instead I must have been thought to use my position of power to turn off the tap.

If I’d wanted the rough way, I’d certainly got it. I’d chosen it and had just myself to blame. I still have a lingering feeling of disappointment at how it all turned out. No carelessness, no celebrations, no reason to be happy, just like the dorm guests: sometimes such is life.