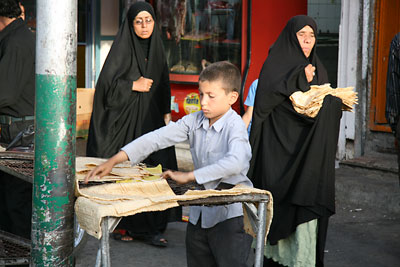 Have you ever noticed how, when people talk about principles, they are all of one mind? Racism, discrimination, slavery, just to name a few, cannot but attract universal condemnation when set against the fundamental human rights that nobody dares to question, at least not out of political correctness. But are we always consistent with the principles we trumpet? And are the basic principles really unanimously accepted across the world?

Man’s most execrable actions find their roots in selfishness. In a natural environment, often characterised by a shortage of resources and by fierce competition among different forms of life, egoism is sadly the behaviour that ensures the survival of the fittest. It is the device by which the embattled individual and its species face the challenges of nature.

Nevertheless, in order to live in society, individual behaviour has to make concessions to the common good. Over time rules have been elaborated that try to override selfishness and guarantee the peaceful cohabitation of individuals in large or small groups. Antisocial actions are sanctioned by shared standards that we call the law in more codified societies, or customary rules in less formal environments.

By making the child assimilate these rules, the process of upbringing aims at restraining at least the most blatant instances of self-centredness. Harm to others is pre-emptively ruled out by teaching ethical principles during the early stages of life when a young man is taught the basics of living in society. But however effective this purge may be, there are occasions when instincts crop up.

Often we proclaim our allegiance to good principles, while in realty our actions are not consistent with them. The discrepancy between what we say and do is not necessarily premeditated. We see the straw in the eyes of others and we do not see the beam in ours, to cite a proverbial image exemplifying this behaviour so well. It is easier to find fault with others than put our own actions under scrutiny and modify them.

A typical situation when egoism emerges and principles are snubbed is when man defends his identity or his property, and especially his offspring. Seldom is the person in question guided by impartial judgement in this form of self-defence that sees him take up arms against whatever factor has arisen to challenge his physical or psychological balance.

If we consider what happens on a higher level above the individual, there are even greater contradictions. Mankind has devised myriad solutions and laid as many sets of rules in building civilisations, the only constant being trying to override the innate selfishness. These often conflicting orders would in itself be insurmountable obstacles to the universal acceptance of principles. But to make matters worse, proclaiming the best of principles has not stopped certain privileges from being maintained or indeed sanctioned, sometimes entrusting their continuance to the sacred sphere of religion.

Thus, things become more complicated when we attempt at establishing shared principles across civilisations. What is plain truth by certain standards, may be utterly heretical in another context. Take equality between the sexes, a concept that has made a breakthrough even in more traditional southern European countries. But cross the Mediterranean, and you’ll find that it is still taboo to talk about women with the same rights, and not just opportunities, as men.

I don’t want to say the world should not try to look ahead and work towards better goals. I am nevertheless sceptical of the dialogue between civilisation, if by dialogue we mean a doomed endeavour at reconciling opposites. I am also wary of the proclamation of principles. It’s much more convincing to me to see them applied, as everybody is capable of talking, but only few of acting.