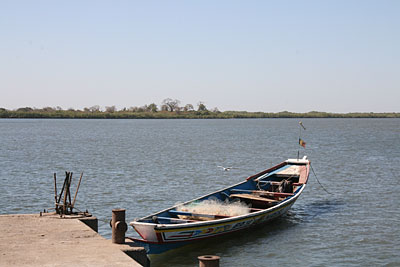 For a few weeks a tall young man has been standing outside the local discount supermarket discreetly asking passer-by for help. He greets people in a whisper and assists them in parking their car or emptying their shopping caddies.

A few years ago it was a man from Senegal who would come every day from his house about 15 km out of town to spend his “working” hours in this place. I struck up an acquaintance with him and sometimes offered to buy him something from the shop. One day he suddenly disappeared and, already missing his familiar presence, the cashier and I speculated that he may have found a job, or more likely that he had just stopped showing up for fear of a police roundup. He was in fact an irregular immigrant for whom finding work is not a piece of cake. Employers take a big risk and at the very best offer day labour.

When I saw the newcomer somehow I thought his story must be an interesting one. The first time I stopped to have a word, he said he was a Nigerian refugee proceeding from Libya, a runaway who had escaped the uncontrolled unfolding of the revolution. So far, nothing unexpected: he was one of the migrants who made the headlines and stirred mixed feeling not just in Italy but in neighbouring France where many wanted to settle.

After a perilous crossing on board rickety vessels, about a year ago multitudes were storming the little island of Lampedusa, made famous overnight not for its natural beauties, but for the presence of a large refugee camp. The matter threatened any moment to turn into a political quagmire for the two governments.

Part of the public opinion reacted to the migratory surge by opposing a defensive attitude and by invoking protectionist barriers. On the other hand it was impossible not to consider the human cases involved without feelings of compassion.

I couldn’t help recalling the news headlines when I met three other Nigerian refugees yesterday and heard their story. After years spent working in Libya, come the revolution, they finally realised it was time they left the country if they didn’t want to be conscripted in one of the fighting militias. But during their voyage, the ship broke down in high waters and they found themselves without food or fresh water for five days.

They had all but given up hope when at long last the rescue squad arrived. By sheer absurdity of fate, it was to cause more harm than provide relief. The rescuers threw bales of food into the ship and the starved occupants stampeded to one side to grab a share. The overloaded ship listed until it capsized spilling its passengers overboard. Not only had they been shipwrecked, now they were outcasts in the water. Unable to swim, many drowned.

This may be the same story of the Nigerian at the supermarket, and I’m determined to find out. In the meantime, when I walked past him at about closing time the other day, I saw him picking up various items he’d collected from the shoppers and stuffing them into a paper bag. For all the political rhetoric against immigration that seemed to have gained a foothold in the lands of the Lega Nord and elsewhere in Europe, people are still ready to open their heart and offer a little bit of solidarity to whoever knocks on their door. I think they are an honour to their country by helping those who are in need, especially when they have survived such incredible trials.