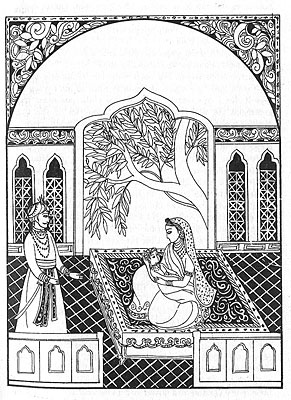 I have just myself to blame for the chill that fell between a friend and me. Just after I came back from Ethiopia I suggested we went out for dinner and let her pick the restaurant. She came up with a posh place that I knew I hadn’t got anything to do with, but tried not to be choosy. We spent the evening in the dimmed light of the dining hall, a terrace boasting an astonishing view over the town.

Nothing could have been in sharper contrast with the essential lifestyle I’d maintained during my trip. Instead of lying back and enjoying the atmosphere, I felt betrayed for not being understood in my true spirit. Probably my friend would have felt the same if I’d chosen anything suiting my current mood.

But we were not just tacitly at cross-purposes over the location, also the conversation failed to light a spark in me. Not that it didn’t flow naturally, we actually chatted away our time in apparent easiness. Nevertheless, I felt that what I was telling her of the adventures I’d gone through and the situations I’d chosen to live was not exactly meeting her approval. Her condescending  gaze made me feel like an outcast from her world and slightly patronised. Beyond doubt I felt misunderstood.

Why has he not only travelled to an undeveloped country, but also chosen to live his experience in a rough way? What exactly is he after? Why does he want to break out of what are the natural boundaries of his life? These must have been the unvoiced interrogatives that were flurrying around her mind.

Although I made an effort to select juicy stories instead of giving the overall impressions of my journey that I know are as subjective as hardly transmissible, I realised I gained no grip on her curiosity. I had to admit that the farthest her imagination could go was the safe haven of an artificial holiday resort in some foreign country. I was wrenching her out of her comfort zone by the force of my words.

Then the situation reversed. It was she who told me boring gossip about people falling out because of silly misunderstandings coupled with a wretched sense of pride. I feigned some interest, but in spite of myself I was being catapulted down into the quandary of human relations that instead of taking inspiration from our best principles are often tainted by competition, rivalry, spite and jealousy. I had spent the whole time of my trip in blissful alienation from this petty world, and now I was given a sorrowful reminder of how base people can be.

I pretended I didn’t feel out of my depth, or the gulf between her and me would have opened even wider. From her point of view, everything was probably all right: she was spending the night out at the classy restaurant of her choice, had turned a distracted ear to my conversation, had talked about the matters that occupied her mind.

By the time we stepped out of the restaurant, we’d been sitting in front of each other, but had been miles apart.

I couldn’t bring myself to meet her or even talk to her until the other day. I know I was at fault because I was avoiding her, but I was still ailing from the burns of that night. It’s usual for me to suffer from return syndrome and culture-shock.  I’ll be more soft-handed on myself next time and reintroduce myself more gradually into my friends’ “normal life”, and only if I know I have a chance to fit.