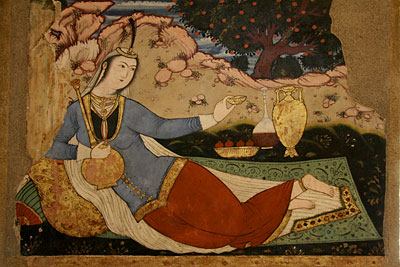 When he decided to publish in the classified ads online, he was not optimistic. He thought he wouldn’t probably receive the slightest sign of interest. Arabic was a language that had reaped some success among learners some years before. In the aftermath of 9-11 anything related to the Arab world suddenly became fashionable, and the language was among the aspects that had drawn attention from those courageous enough to venture in a challenging learning experience. But more recently it was China, of all world cultures, that had gained the upper hand, and that had gone to the detriment of all things Arab, especially among the young, he suspected.

Although he didn’t think anybody would reply, he placed the ad. All things considered, he was acting more in response to a psychological need, namely continue feeling involved in this field of studies. He had been enthralled by the Arab culture and had lived meaningful experiences, but now his attention too was diverted to other matters, and his horizon had widened to, precisely, .

His crush on the Arabic language had died off and his once keen interest was tarnished by a veil of neglect. That’s why he wanted to take action and stop the sinking feeling that this change of mind was tantamount to disowning his past, maybe even his identity. Thinking back, he felt nostalgia for the long weeks of the intensive Arabic courses in the sweltering heat of the Tunisian summer when the cool air was the prerogative of only the early morning hours. And many more memories flurried across his mind only if he followed the thread of his subsequent journeys, the hours on end spent poring over books, listening to music, talking with people, or following sitcoms on the telly, all with the common goal of mastering the formal language and one dialect.

Some scenes floated up to his consciousness level, and his mind automatically transformed single occurrences into a routine as if some actions constituted indeed a repeated ritual that had taken place for days, months or years. For example, after those breakfasts of milk coffee and a croissant, he used to walk down to the institute, where the teacher’s resounding voice would fill the next four hours of his day. He remembered one morning, but his mind expanded it into a limitless time, made it eternal, and his heart filled with nostalgia.

The ad was online. Someone might feel just a tiny bit as enthusiastic as he had been. If so, tutoring them would be the occasion to relive the magic moments of his Middle Eastern and North African stint, starting from the emotion of leafing through a spelling book that had come all the way from Morocco. Elementary as it was, it was already rather difficult for a beginner who had only a smattering of the language. Nevertheless, he would eagerly turn over the pages and dream of when he would be able to master the vocabulary, understand the grammar, and not be disconcerted at the style because by then it would be his own too. On that book there were drawings that brought him back to the age of a school pupil. He didn’t feel lessened, but rejuvenated at having to start from drawing letters and watching illustrations. Those images held the promise that there would be a day, but never soon enough, when objects translated immediately into a word – in Arabic!

Even if his infatuation with Arabic  was now over, teaching might revive it and send thrills down his spine again. But it was not all about nostalgia: in this way he would repossess that facet of his self that he had conquered with hard work, but lay tucked away in a corner of the garret, concealed under the burden of other daily distractions. It was a jealously guarded treasure of his private sphere, that he didn’t disdain to show off as a sing of his originality. At heart, he was proud of the unconventional path he had followed. He made up his mind to cultivate it, make it blossom again. Sharing his knowledge would not erode it, but rather enhance it.

One morning a call did arrive. It was a woman’s voice, clear and self-assured, who inquired about the ad. She sounded as if she had already done some research into the matter, which was an encouraging thing as her interest was probably founded on a strong motivation. She seemed to have already taken some course, but they talked only a few minutes, and he couldn’t make a clear picture of the situation. He took it at face value, and they set a date to meet personally. It would be the next week.

It was after the summer, the days were still long, and he still felt suspended in space and time after the summer holidays abroad. This date and what would ensue would facilitate his comeback to daily life, he pondered. The ten days that had passed since his return home had not been enough. He still yearned to be away, and Arabic would provide a sensation of escape. 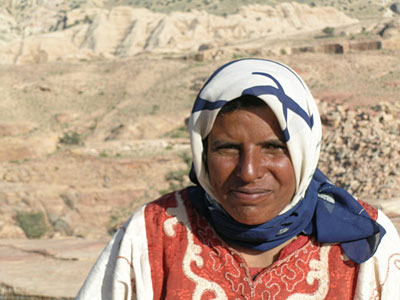 At half past six he was standing outside the coffee shop where they’d agreed to meet. She wasn’t there yet, so waited scanning the faces and trying to match them with that voice on the phone. Before long his gaze met another on the opposite pavement, and he sensed that her eyes were also looking around in search for someone. He knew immediately it was her and yet her looks puzzled him. She didn’t fit with his idea of her.

She was wearing blue garments loosely wrapping her body from the shoulders down to the ankles, and a black rasta headgear covered her hair. When she smiled back to him, he stretched out his hand ready to introduce himself, but she quickly pulled back hers hiding it behind her hips as if she had seen something disgusting. She explained she was not allowed to touch men. He had experienced this impasse before, but he hadn’t anticipated this could happen with a woman from his own land.

They went into a bar and sat down at a table. The waitress came and levelled an inquisitive look at her bizarre set-up, or at least this is what he believed. He was slightly self-conscious, but played it down adroitly.

She’d recently got married to an Arab and wanted to learn Arabic, she explained, but it was not because of her marriage that she’d converted to Islam. She had already been going to the mosque for two years before that happened and she’d met her husband there. They’d been married for only three months, but she’d already spent the summer in Morocco and met his family. Their lifestyle, reception and friendliness had fascinated her, and she enthused over what she had seen as the ideal world.

She had learned Arabic prayers by heart from attending Sunday school at the mosque with little children, but now she had a desire to be more aware of the culture and the language. This quick hint touching on the real purpose of the meeting was soon swept aside by the continuation of the tale of her life.

Was she more in love with this escapade of hers than with herself or with her husband? As she talked glibly, he realised that he would have to be more of a psychological than a linguistic consultant. She went on to relate her summer and describe her room in the Casablanca family house, the relationship with the women of the family, her daily routine. While her husband went out freely, she took it upon herself to play the role of the perfect wife, asking for his permission before crossing the threshold.  But she spent the most part of the day with her new found female relatives.

Their study syllabus was not going to be the topic of this meeting, after all – he realised. He warily edged out of the boundaries he formerly thought he should keep within, and followed her into the stream of her personal life. “Since you converted to Islam, how has the relationship with your family and friends been?”, he ventured to ask. The answer he could have easily predicted.

“They have all given me up”, she replied without a hint of regret. Now she lived a life that revolved around her husband and his friends. Her father refused to deal with her, some former acquaintances looked through her if they came across in the street.

She’d hardly finished saying these words when her mobile rang. “Hello, hi mum!”, he heard her say without much excitement. “I’m fine, thanks, and how are you? Oh… today I’m still in town window-shopping, I’m looking for some clothes”. The conversation went on a little longer, but his mind stopped at the lie, that he also felt guilty for as if he were her accomplice in some forbidden game.

She hang off as if nothing were the matter and resumed the tale of her experiences in the segregated world of Muslim women in which she had decided by her own choice to shut herself into. He knew that something was wrong in the relationship to her environment, to her family and friends. Her decision to slap her former world in the face and turn her back to it, was certainly motivated by her uneasiness with it. Most likely her conversion had frail ideological grounds. 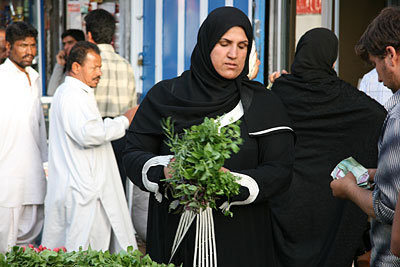 In spite of her compelling need to talk, this psychological session had to be wound up. They agreed to meet next week at his house for a study session, but he imagined he would be listening to the confession of her own life, just like in this first meeting. However it was, he would take it as an occasion to learn.

After they had parted he realised there was a snag. The girl had agreed to go to his house unaccompanied, and prior to asking her husband’s permission. What kind of perfect Muslim wife was that? The answer to this question didn’t take long to arrive. An SMS warned him that she was cancelling the date. He would never know whether her husband made her toe the line, or she had voluntarily backed out of the engagement to retreat into her self-inflicted imprisonment that that she seemed to relish so much because it made the perfect excuse to disown all her former self.

She disappeared as quickly as she had come.