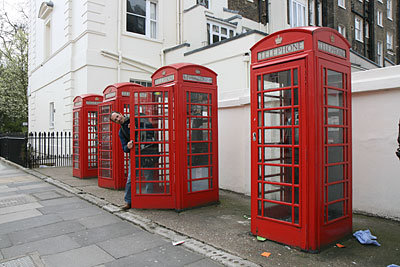 The other day I took part in a meeting in which local representatives met a foreign consultant charged to carry out an international project. As I expected, his speech had to be translated into Italian because none of the mostly middle-aged attendees was able to cope with English. There is no shame in being monolingual, but if you believe that as a consequence Italians are in love with their own language, wait to hear the rest.

The Italian speakers interspersed their speech and their computer presentations with English words in order "not to sound stupid", as one said mumbling a technical term in English with a heavy twang that made it hardly understandable. How hypocritical that was, I thought, nobody was able to master the language and still they liked to delude their hearers, and in fact mostly themselves, by sprinkling their speech with unnecessary high-sounding loanwords.

This habit is unfortunately not a characteristic of that particular committee and has become so widespread that most people now don't even notice the nonsense. Starting from the post-war seemingly harmless aping of "OK", whole generations have grown up speaking an ever sloppier language, not making the effort of thinking with their own mind because the foreign word pops up first, sounds cooler, and in their conviction is untranslatable.

There may be a suitable local term or phrase meaning the same thing, but the foreign one is always preferred and if you don't choose it, you risk sounding "stupid". Even if there is no specific word, the devices are many: archaic words could be resurrected, new ones could be coined, but hardly ever have I come across the initiative. The thing is, it would take a thorough rethinking of the national identity.

Italians generally consider other Europeans exaggerated in striving to protect their language against the onslaught of English, not realising it is an approach that needs to be consistently and systematically applied. Of course, starting calling your mouse topo when a different usage is already in place sounds funny, but whether you choose one word or another from the start is not intrinsically laughable. However, for many a policy enforcing the use of Italian is still charged with overtones inasmuch as the Fascist regime in its patriotic drive endeavoured to keep foreign influence outside in language as well as in other fields. In the aftermath of WW2 it suddenly became unviable to pursue the battle, and the upshot is that now Italian is faring rather poorly.

It is relevant to observe that even back in the 1920's and 30's the need was felt to safeguard the purity of language, and intellectuals, notably D'Annunzio, went out of their way to contrive new words that could replace foreign ones. Some of them have endured and this is why Italian calls football calcio, whereas other Latin languages at most use spelling adaptations of the English word.

Now there is no rule anymore. It is perfectly admissible for ads to contain English, for public administrations to write circulars, if not laws, that resort to English phrases. The language of the media is contaminated beyond measure, and other fields where the invasion is downright unbearable are IT and business consultancy. When I consider the present state of Italian and its future I am utterly despondent and wonder who could responsibly take things in their hands: the communicators, the opinion leaders, the politicians, the journalists? But aren't they most to blame because in wanting to sound trendy they set the wrong fashions?

I have become allergic to the indiscriminate use of English in Italian, and take it upon myself to fight it with all my strength. I am so sensitive to this point that I cannot help twitching my mouth in disgust when I hear or read a word that rebuts me, especially when the contradiction is patent, for example when English is applied to traditional food products or the creations of Italian design (I saw a restaurant menu that had dishes listed under the heading "Food"). Sometimes I would like to say: if you really like English words why don't you just speak English and get it over? I'd like to see who really can.

I don't want to be influenced by this painful fashion. In my eyes it always denotes provincialism, servility, and lack of self-esteem. By contrast, I try to judge by my own standards and probably sound eccentric when I use the Italian words I like (such as telefono tattile) for things that now lamentably everyone calls in English.