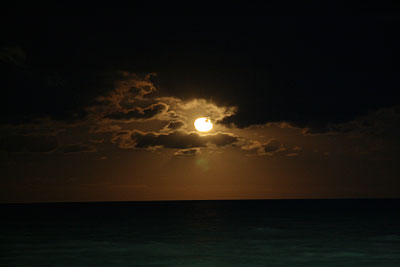 I sent him a text message on the occasion of the Great Bairam, but I received no reply. He’s usually slow in responding, so I didn’t take much notice. Then, about ten days later, he called me. The delay was explained by the fact that he’d just got back from his country where he’d spent his annual leave together with his family, like usual. We exchanged our respective news. I didn’t have much to tell – my mind goes blank when the limelight turns towards me and I have to talk about myself, but he had more things to say. He nevertheless sounded evasive, and said that so much had happened since the last time we’d met. Some things were good, and some others were bad.

I didn’t want to enquire with any specific question. My curiosity is easily subdued where someone else’s privacy starts, and I never encourage people to give confidences if they don’t take the initiative by themselves. We ended the call on the promise of meeting soon. The following two days my mind kept going back to that hint at the bad news, trying to imagine what that might be, and how bad it was.

I was leaving for a 10-day trip to Morocco, and couldn’t fit a visit into my busy schedule before departure. But I had not forgotten, and from time to time the spectre of the bad news came back to me. Immediately I returned I felt eager to maintain a link with the amazing country I had just visited, and I seized the chance to call on them. I was received in the living-room, now furnished according to a perfectly oriental taste; we sat down on the sedderi and the wife poured mint tea made dense with sugar into tulip-shaped glasses. Bowls of almonds, raisins and sallou were laid on the coffee table next to the ornate metal teapot, and we started catching up with each other.

The conversation firstly touched the subject of my trip, which I described in enthused tones. The child came toddling back and forth desperate for attention. We sipped the tea. When I finished, it was up to him to tell me what was new, and I couldn’t be more surprised. One day in July – he recounted – he went to work at the supermarket where he is a salesman. It was a week of hard work because his boss was on holiday, and he felt under pressure. In the changing rooms, he saw a tube of cosmetic cream in the corner of discarded products. He picked it up and examined it. The lid was smashed. Almost inadvertently, he stuck it into his pocket, then went to his workplace until the end of the shift.

As he left the selling area for lunch break he passed the antitheft system. It was then that the bells went off. He immediately pulled the cream tube out of his pocket and handed it over to the security guard, but the offence had already been committed. The security manager was called and they reported to the general manager. There my friend was told not to bother to come to work again. He was sacked.

Sacked on the spot he was, after 13 years of service; after the conversion of his original part-time contract to full-time because he’d proved himself dependable. He had even turned down the offer to take responsibility for a department. As he told me that incredible story, he relived the horror of those days, of three consecutive completely sleepless nights during which he and his jobless housewife sat up with their minds churning, only trying not to pass on the anguish to their child.

Now the two of them were out of work and obviously no solution was at hand, apart from waiting the decision of the judge who was to examine the case, in due time. But if under the former labour legislation there was an almost complete certainty of being restored in the workplace for a minor offence, now, in case the judge finds the defendant not guilty, the employer has the choice to retake the worker or pay compensation. And with the present state of the economy finding a job is double trouble, especially for disadvantaged subjects like foreigners. 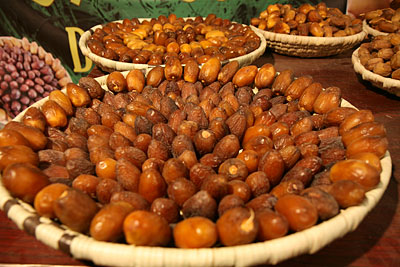 I don’t care if my friend took that blasted tube of cream with the intention of stealing it, or, as he said, inadvertently with a mind to leave it somewhere else. Let’s assume there was stealing. All I keep asking myself is whether it is logical to proceed to firing for appropriating an unsellable tube of cream worth € 5.90. A company has to produce profit and keep a hard line in order to get everyone to toe the line, I understand that. But it is pitiless and indeed base to wait for the slightest lapse to take extreme measures. The hypermarket management had been talking about cutting down costs as an absolute priority. Unfortunately, my friend unawares found himself giving them the chance on a silver platter.