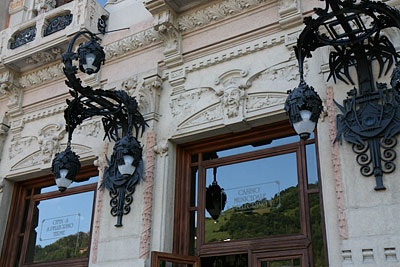 I had finished my visit to San Pellegrino Terme’s magnificent casino and I was still flabbergasted at the grandeur of the edifice. The beauty of its decoration and the perfection of its execution had tickled my imagination to figure the magnificent lifestyle that once took place in this mountain station. About a hundred years ago, the upper classes used to frequent spa resorts of this sort in order to treat their gout, or just spend enjoyable time in good company. It was the Belle Epoque.

I had had time to linger in the splendid interior of the casino, admiring the grand staircase, the incredible lamps and chandeliers, the stuccos and the frescos. It was a triumph of Art Nouveau.

Back in town, my friend and I stopped in front of a tourist notice board when an elderly man approached us. Hearing us speak French, he assumed we were foreign tourists and was eager to tell us about his home town. I informed him I was only from , and it was not the first time I’d visited, but this only made things easier for he did not need to use a foreign language to communicate.

San Pellegrino is a renowned mineral water brand marketed around the world, but few people know its history or can place the town on a map. Elite spa stations as they were popular a century ago have gone out of fashion. San Pellegrino too has suffered from the general decline, especially after the closing-down of its gambling establishment in 1917. Nevertheless, if you go there you can breathe in the powerful suggestions that the Casino and the Grand Hotel buildings, amongst others, still bestow on you.

Besides, San Pellegrino was splendid on that clear sunny day, as if it relived its golden age in full, and that man was there to tell me its story, which I was all ears to listen to. With thoughts about this shiny epoch churning in my head, I felt happy to hear a voice from the place.

I vented my enthusiastic impressions to him, but he saw things from a different angle. While I’d seen the town rise from decades of neglect, he had witnessed it deteriorate from its best years and fumble for recovering a tiny bit of its former glory.

As we were talking, the man’s wife suddenly made an appearance from behind his back and pulled his jacket with a gesture of impatience. She looked at me coldly as if I was the one responsible for holding up her husband who was just about to enter into a passionate recollection. But he dismissed her casually and she turned away.

“If you say San Pellegrino is beautiful now”, he challenged, “you should just try to imagine what it was at the turn of last century! Do you know, for example, that before the First World War, the ambassadors of and came here to pay backhanders to Italian MP’s in order to convince them to join their side, rather than honour the Triple Alliance and fight with and the Austro-Hungarian Empire?”.

At the hint of these diplomatic games my imagination was set aflame. However, the wife made a comeback to press her husband to leave. He again made little of her peevish attitude and urged her to do some window-shopping instead. She turned away discomfited throwing yet another fiery glance at me. 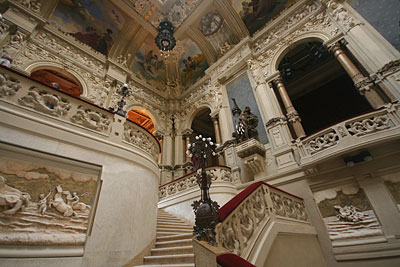 The man, taking my cues, resumed his stories. “I remember the old Kursaal being pulled down in 1949. It was another masterpiece of Art Nouveau, but there was little awareness at the time, and it came to be replaced by a nondescript building. And then there was the railway from , with all the stations built in Art Nouveau style. You can realise how much the Brembana railway differed from the Seriana railway just by comparing the two stations in . The elegant building of the first dwarfs the simple one of the second. Everything had to live up to the standing of San Pellegrino. And it was a quick journey from , for the times.”

Another ten minutes must have passed. My friend was patiently standing a little aside smoking her cigarette, but the man’s wife now charged us enraged and shouted point-blank “You’re so ill-bred! And you’re a cretin, too!”. At this untoward manifestation, the man cut his talk short and turned away to follow his wife crest-fallen without even a word of leave-taking.

I would not have liked to be in that man’s shoes in the next hour, but I was unashamedly satisfied to have caught a bit of San Pellegrino’s magic through his words.

I had often seen this town like a coquettish old lady who in her young days used to be courted by smart dandies, and still put rouge on her sagging cheeks and lipstick on her wrinkly mouth. But now, with many buildings flamboyantly restored, it looked far from being lost to the ageing process. San Pellegrino had been able to infuse true magic into my soul, a feeling so much powerful as its glory, gone the nobility, is now confined to memory. And old ladies don’t let others tread on their toes. 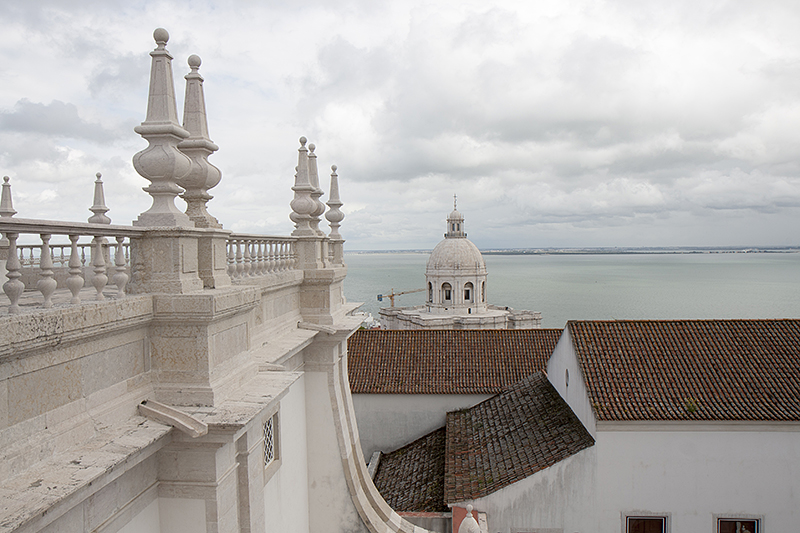