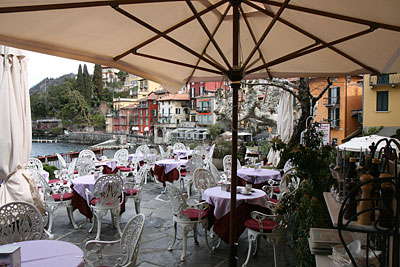 An Italian proverb exhorts people to spend Christmas with their family but Easter with whoever they want. Backed by the sanction of popular wisdom, this is what I did this year.


I had international friends staying with me and I’d originally planned to join them on an excursion to . However the weather was awful on Saturday, so I let them go to by themselves. The forecast was not bad for Easter Sunday, so when I returned home and found my friends already asleep after their day out, I left them a note to say I would go to the lake with them.

I couldn’t wait to spend a day out after a string of dull rainy days, but before that I had to make sure I was ready to put up with the… scathing sarcasm of my friend’s boyfriend. The first impact of his humour had not been painless. Maybe because I am touchy, but every other joke he cracked seemed to me to be inspired by national conceit that betrayed a good measure of contempt for what he saw as an inferior country!

The day they spent in allowed me to put my mind at rest and become convinced that if diplomacy was not his strong point, this was after all his manner of joking and had to be taken as given. I just tried to overhear the jokes that touched the string of national pride, or answered back playfully, thus avoiding feeling irritated. The effort paid because, contrary to all expectation, in the end I was able to accept his humour and smile. What had struck me as heavy-handed tactlessness nearly became a comical farce for being sometimes so out of place, apart from unusual with an unknown host.

That night we had one hour sleep less because of the switch to summer time, but I was up at the first rustle in the adjoining room. I didn’t want my friends to overlook my note and leave me behind. I gave them a personal update and as we were going by car we could treat ourselves to some more sleep.

It was a marvellous when we caught the first glimpse of the lake: the flat surface mirrored the blue sky above, the air was clear and the snow capped formed a superb ring to the north. After the spell of cold and rain this was indeed a glorious Easter day.

We strolled along the lakeshore at Varenna and later basked in the sun at Menaggio. We ate our picnic lunch using Chinese chopsticks for fun. I had left the Easter cake I had baked for the rest of the family at home, but I didn’t forget about it. In the evening, when I got together with those I had left behind, we tackled the pastiera with voracious appetite and there was an occasion for sharing at least a moment of the festival.