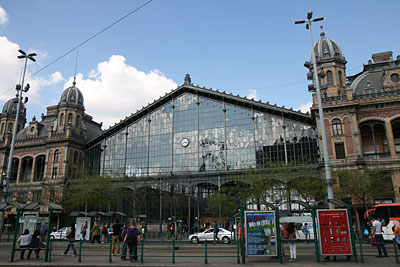 I had been walking all day, ambling up and down both parts of the city straddling the mighty . I would have had enough reasons to call it a day and enjoy some rest, but I still had something at the back of my mind that didn’t leave me in peace.

In the morning I had happened to walk past one of stations, Nyugati. The building sported an extensive glass window that occupied the central section of the façade. The top ended in a gabled roof and in its middle stood the clock, like in every respectable station. The building sucked me in, and once inside, I was enthralled by the charm of its spaces, such as the waiting lounge and the ticket hall, all pervaded by the nostalgic aura left behind from the time it was built. The same bay window that had struck me from the outside, as seen from the platforms seemed even more monumental. It provided light as well as ornamentation to the arcade.

My last errand on that day had precisely to do with stations. On the map I had in fact spotted another one which I suspected might be of historical relevance. Since the rails came in from the east, I deducted the front of the building must face west, and so it would be better observed in the evening. Tired as I was, I stretched my walking to reach this last landmark and right I was! It was another remarkable station.

Keleti railway station had signs and notices that dated back from past epochs that this station lived through. They were evocative of great railway travels in an era when the train was the only means to reach faraway countries. On those long distances, it was also intended to serve those who could afford the luxury of travel, namely the upper classes, hence the flamboyance of certain railway architecture.

I’ve always been fond of stations. I don’t know whether this is because they are the gateway of travel and therefore materialise my notion of escape; or rather because they convey an idea of power and organisation, being part of a vast network that embraces a whole country, if not the whole world. When in the past railways were run by a sole operator, they were a clockwork of uniform organisation, made particularly formal by its assimilation to the public sector.

But after all stations, whether old or new, often make fine buildings. , the pioneering country, built the first railways as new ways of communication that enhanced industrialisation and improved the life of the population. The beautiful stations of Victoria, King’s Cross, or St Pancras, to name but a few, were landmarks that celebrated the achievements of technology and the changes brought about by rail travel.

Since railways have often been the field of application of cutting-edge technology to make communication smooth and fast, stations have also been those public buildings meant to showcase the grandeur of a country. Now it is that is investing in bullet trains and a network of lines with stations that are more often than not as cyclopean in their dimensions as ugly in their aesthetic appearance. Conceived to meet the logic of large numbers, in the end they fit in more with the definition of an airport. But even when they are epitomes of bad taste, they have an appeal on me.

Just like the roads in the , railways were also a factor of unification and control in colonial possessions. The Indian Raj bequeathed us beautiful temples of travel, that emulated the ones scattered around the motherland. But here they served rather to assert the power of the authority in charge, and allowed the rulers to keep a firm hold on the ground. I have seen more examples of this sort of stations in the African continent, for example in where the terminal to now lies in a lamentably forlorn state. station languishes in a similarly derelict condition, so that the line to will soon be a fossil forgotten by all.

However they are, stations always have interesting stories to tell and I’m always all ears to listen to them. 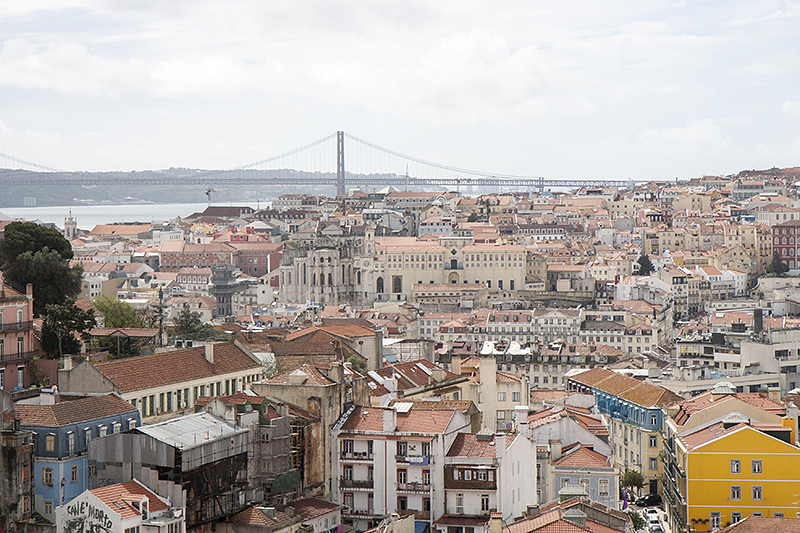