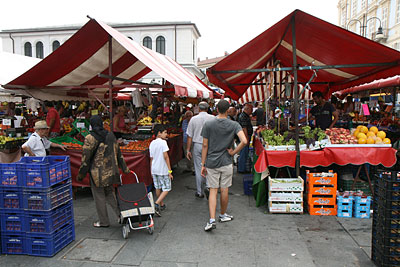 Last Saturday I went to Turin with two friends. They wanted to visit a photography exhibition, but I was more interested in discovering a city that I’d only perfunctorily seen years back. Back then I’d come with the specific purpose of visiting the Egyptian Museum after my return from that country and I practically neglected the rest of the town. But this time I was curious to know more and find out about its history and modern life, for what it is possible to do in the limited space of one day.

A quick visit doesn’t allow understanding many things, but is enough for inquisitive eyes to get the hang of a place. And so, starting from the avenue through which we penetrated into the city, I received an impression of multiculturalism from the numerous shop signs with Arabic and Chinese script that advertised foodstuffs, halal meat or hairdressing services. By the time we’d got to the market I remembered that the situation was the same on my first visit. On that very central square I had seen sellers offer bunches of fresh mint to brew Moroccan tea, not to mention the various types of Arab bread or other items. It was a clear sign that Italy was already well advanced into an epochal change, and I had felt intrigued as though I was prying around the stalls of an exotic market.

You walk another block and you get into the historical centre which is a far cry from the motley presence of shops and people from the four corners of the world. The architecture of the central districts is very uniform, with rows of stately homes meant to give an impression of elegance, wealth and sobriety to a city that had to befit the two-fold status of the monarch’s home town and the kingdom’s capital. The inhabitants of those times could hardly expect that their town would evolve into present day Turin.

I took a lift up the Mole Antonelliana only to find out disappointedly that it doesn’t reach the top of the spire, but stops at the balcony just over the dome. It was still a considerable height and it offered a good bird’s eye view over the city. From above, I picked out a few more grand buildings, squares, and palaces I planned to see once I were on the ground again. 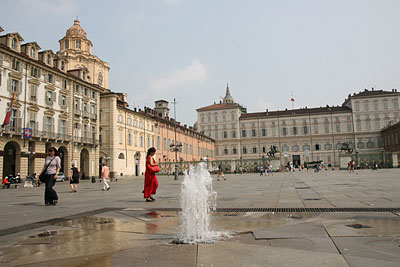 In the mid afternoon we made our way back to the car and drove out of town along the same avenue. Again I felt shocked considering the palpable gap that exists between the past and the present, one district and the other, the way the town formed itself over the centuries and the way it’s going into the future. And it’s not just Turin that lives this unsettling sea change. It’s a challenge of cohabitation, an opportunity for enrichment, a transformation that won’t leave the town (and the country) as it was at any other time earlier.

It is a big question mark standing right over the heart of the nation’s cultural identity. I have a lot of misgivings, but in the end am I not the first to profit by the situation? I bought an avocado to make a milk shake and drank it at home together with the Moroccan melwi and baghrir that I’d found on the market. 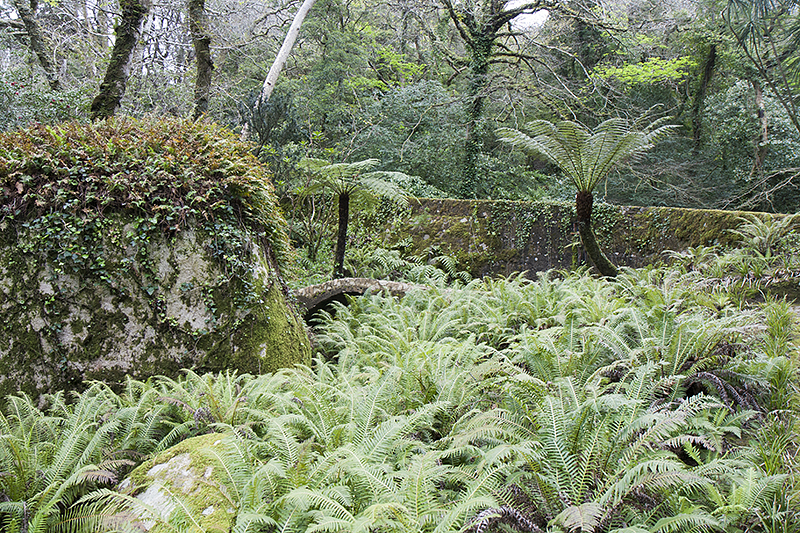