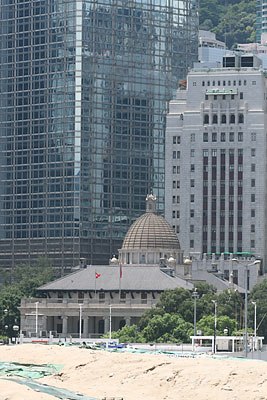 I am ready and willing to break out of the golden cage of Hong Kong and start with rough China. All my papers are in order to enter the mainland and start the Sichuan adventure. My 30-day visa was obtained in a flash and at reasonable expenditure compared to the now costly procedure in Italy that requires applicants to go through a service centre, which levies a hefty handling fee.

I leave home at 11: I have read that the journey to Shenzhen is a whizz, so I don’t need to make haste to get my flight at 4 pm. However, just as I’m buying an adaptor plug at an Indian shop, I get a completely different report. I must really thank the curious seller for enquiring into my travel plans and my extrovert disposition for the talk I got into. When the seller learns my flight is due to leave at 4, he looks at his watch and puts on a sceptical face.

If I wanted excitement, I could consider myself so lucky to have a surge of adrenaline now flowing in my veins. I hurriedly take leave and start to make a frantic way to the nearby train and underground hub. I have the impression there might be a faster way to reach China, but I have no time to find out. I grab a ticket and board an underground train. I expected it would be a proper train, but now I have nothing left to do than wait until I get to Laowo, save picture the apocalyptic scene I may still find at the border with loads of people queuing and officials stamping passports with hopeless slowness.

The reality is not too bad. Always striding at a vigorous pace in spite of the cumbersome backpack, I overcome slower walkers and reach the barrier. It doesn’t take long to get through, the bulk of people being Chinese nationals and they queuing separately, thank goodness. But after this I have more trials to pass. I have no Chinese currency and can’t postpone buying it, or I’ll never be able to get the underground ticket.

There is a bank counter, but it’s not clear if they exchange money. I ask a few customers in line, in English, but there is absolutely no response, at most a very blank look from the most compassionate one. I haven’t fully realised yet I’m now in China and English doesn’t work. I put my laziness aside and ask again in Chinese. As if by magic, smiles beam on many a mouth, friendly comments are exchanged and I get an affirmative answer. But the waiting is slow, and I abandon the waiting party for a quicker Atm machine.

The horrendous crowds of Chinese nationals separately queuing before the border are now confusedly waiting to have their possessions scanned for entrance to the underground. I would really like to jump the queue, but ask the attendant for permission as I wouldn’t like to cause a riot. They direct me to the opposite entrance where there is hardly anybody waiting. 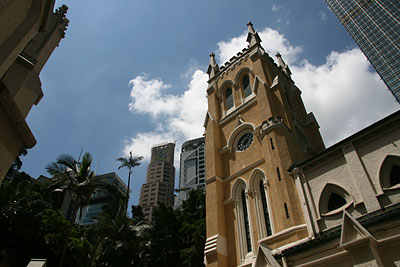 Next step: buying a ticket. No easy task when you don’t have small banknotes, there is only a vending machine, and you have the map of a complicated underground network to choose your destination from, written in Chinese. The attendants I ask for help are friendly, though, and I succeed after a reasonable delay to get hold of the precious token to enter the turnpikes.

The train has to stop at about 20 stations before reaching its terminus, i.e. Shenzhen airport. It’s a stressful journey in which I kill time as well as my nerves trying to work out how many minutes are left, based on the number of stops ahead and the average travel time.

I get into the A terminal for domestic departures in barely enough time to check in, pass security and passport inspection and rush to the gate. I would buy 100 adaptor plugs from you, my dear Indian seller, in gratitude for pointing out I was risking missing my plane. And I also thank the English for leaving behind in Hong Kong their irrational plugs with three funnily-shaped prongs in a triangle when the rest of the world has plugs with prongs in a line.