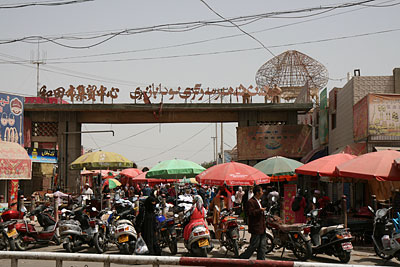 Hotan is a big town in the south of Xinjiang. Like in other oasis towns, its past is completely buried under a bustling modern life running according to patterns dictated by Chinese institutions and companies. The population is however mostly Uyghur. It would be naïve and selfish for the traveller to expect a traditional lifestyle today as if time had stopped from the epoch of the trading caravans across the mountains to . Sadly, practically nothing remains of the old town, too.

With my two travel companions we got an excellent hotel room at the same conditions as last night, i.e. three people on two beds. The first guesthouse did not accept this setup because of morality reasons, and we were more than glad because the room was horribly humid and stuffy. The other option would have been the notorious Jiaotong Binguan, an apology for a hotel found next to the bus station of most Xinjiang towns. Their facilities and furnishings must date back to the time when Mao was doing the Long March and have never been maintained since, or cleaned. Furthermore, our choice was restricted to the small number of hotels that are authorised to deal with foreigners.

Funnily, I have been travelling with the girl since Turpan and I still do not know her name, but am too embarrassed to ask her now. I asked Haotian instead and found out he does not know either – and I should have doubted because he keeps referring to her as the girl. The situation is rather awkward because she calls us by our first name.

Coming to Hotan was a forced stop before heading north. My day was not a particularly rich one, especially after leaving the room. I felt a sensation of homelessness until the departure of the night bus and I knew I could not take a shower. There is absolutely no venue where it would be nice to sit and sip a drink. All the joints are quick come-and-go dirty eateries.

If the central square is markedly Chinese, the market and the surrounding areas are exclusively Uyghur, but even here intruding signs in Chinese characters line the walls. For sure, very few Uyghurs can read them, simply because they cannot speak the language. It is two different worlds living in the same place.

The authorities take no pains to hide a massive military presence. Rather, they show it off. Last night, something serious happened because a platoon sprang into action and police cars rushed in with flashing lights. A Han man had been attacked in the street and blood soaked his shirt. This is apparently not uncommon, and actually keeps many Chinese tourists off these places for security reasons. The situation is indeed tense.

I have direct evidence of this situation in the market. A man stops me and asks me where I am from. At first this seems just a friendly welcome, but I see that the man has a message to pass on. He grips my forearm and muses a few seconds to gather his words. Then he looks at me in the eye and makes me feel the person worthy to receive the secret he is going to confide. Still holding my arm he says: “Me, little English. The Chinese, Fascist. No democracy”. I feel deeply touched by these words because I know they express a truth and this state of affairs is costing people a lot of suffering.

I jump on a small pickup that doubles as a taxi to reach the big bazaar. Today, not being Sunday, its activity does not hit a high and lots of shops are closed. Like in the centre dirt is everywhere. Meat is grilled amid clouds of smoke and inviting bread is baked. This will be my lunch today. 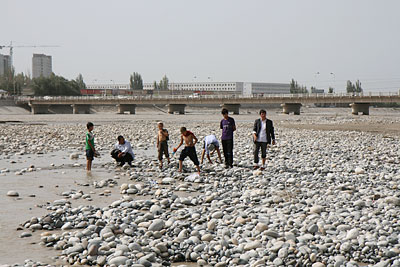 The street leading up to the bazaar is lined with dentist shops advertising their trade with explicit signs showing braces, dentures, false teeth, when it is not a dental operation in progress. They must attract the morbid imagination of their clients, like the street dentists that are always surrounded by an interested audience of onlookers prying into an open mouth.

My last stop, the Jade river has plenty of water flowing in a strong current. The river bed is made of cobbles and some hopeful prospectors come to look for jade stones. A boy shows me a deep green piece of jade. Others are here to amuse themselves in the water or on the shore. Two heads of swimmers whizz past driven by the dangerous grey waters.

As I leave Hotan on the bus, I have all these images coming across my mind. I cannot say it is a pleasant town to spend a day, but it has opened its heart to me and taught me a good deal. The sleeper bus crosses the and we take the desert road that cuts through a landscape of beautiful dunes. The sunset makes the hues soft and for a moment I regret not being with my two friends who are spending a night out here. 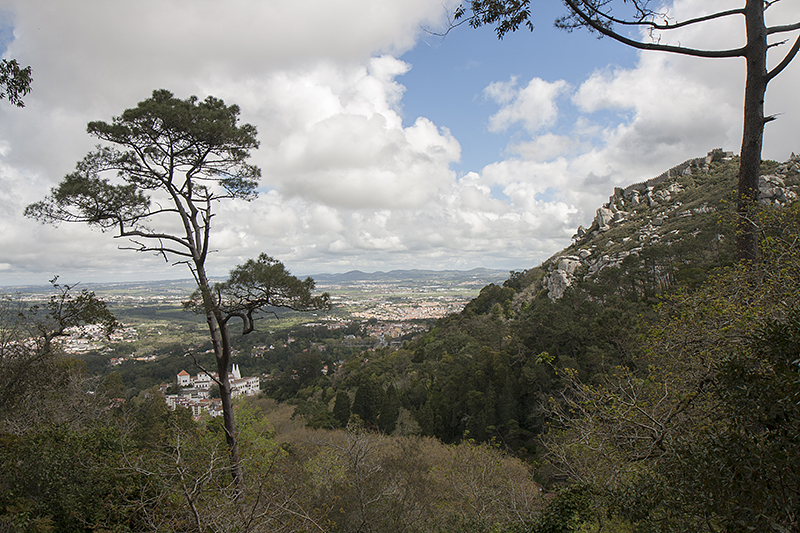