The inspiration came from the photo exhibit I happened to visit in Breslau. On a landing before the last flight of steps up the University Mathematic Tower my eyes fell on an enlarged photo, one of a series devoted to the cultural heritage of post-industrial Upper Silesia. I first gave it a distracted look, but I realised that all around the stair shaft there were more panels. The photos had English captions but the presentation was in German and Polish only. "The times when industrial plants reflected the prestige of technical progress and economic prosperity are long gone. Now the halls and powerful machines of yesterday are threatened with demolition or modernisation", it read.

The exhibition aimed at showing the images of a declining industrial landscape. Declining it may well have been, but that didn't mean ugly, quite the contrary. There was inspiring beauty in the imposing inner spaces, around the majestic bulk of the buildings, in the nostalgic look of outdated technical equipment, and above all in the obsessive research of an elaborate visual effect that sublimated the functional purpose to aesthetic enjoyment which was a goal in itself. I was mesmerised by these installations and wished I could see them for myself. Somehow I knew that would be impossible, so I picked up a flyer and stuck it into my backpack with the intention of doing further research.

Later I was in the Upper Silesian capital Katowice, the heart of heavy industry triggered by the capital of German aristocrat industrialists at a time when the region was part of Prussia. Many abandoned industrial plants are now converted into museums of industry and are open to visitors. Under the present circumstances they are the tamed version of their former selves, and although they provide plenty of interesting information they have lost the charm that emanated from those photos of original equipment still in action or abandoned plants surrounded by the aura of mystery.

I leafed through a brochure presenting the sites: collieries, power houses, gasometers, the list was long. That architecture worked an uncanny effect on me: it talked of economic history, social implications, lifestyle, human suffering, disease, exploitation, wealth and the fascination of capital. As if in a kaleidoscope all the disorderly coloured beads that had been dancing madly rearranged themselves and formed a consistent pattern. I could now piece together the various things I had seen along my Silesian route into a meaningful picture. If the princes of Fürstenstein with their magnificent castles could lead a lavish life there were thousands of workers that toiled underground and burned their days, their very lives in the entrails of the dirty earth to dig up chariot after chariot of coal. I felt disillusioned.

I went to Zabrze on a cold gloomy morning. The air was wintery, the shops all closed for a bank holiday whose existence I learnt of only when I noticed that an important street was named after that very date. The Guido coal mine bears the name of the narcissistic count who owned it. It is now disused and both its levels are open to visitors. I wouldn't have been able to get anything of the explanations in Polish had it not been through the translation of another visitor. I still must have missed a lot, but I let the gloomy tunnels talk their language. 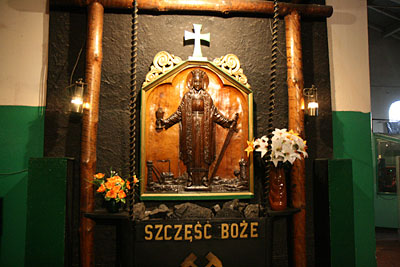 The two-level lift that runs up and down the shaft pulled by the original engine is the right introduction to this world of darkness. The clang of the closing doors is enough to make uncomfortable even those not suffering from claustrophobia. Then the cage sinks into the abyss at a speed that is only a third of the operating one, but is still rather fast. The first level presents mining at its onset, relying on manpower and animal labour. Poor horses were lowered into the mine with the aid of belts in an operation that lasted several hours because the lift cage was not large enough for them. They came to serve their agonisingly long death sentence: in five or six years their strength was depleted, their lungs poisoned, their eyes blinded, and they died without ever seeing daylight again. Every horse was always handled by one miner who shared the same working hours and conditions with the animal. Workers in fact can't have been much better off. The coal dust formed a thick fog that blocked visibility further than one's stretched arm and went down the windpipe at every breath to sit firmly thereafter in the respiratory tract. The safety standards and professional diseases were a constant attempt on the workers' lives. I couldn't help remembering the miserable picture painted by DH Lawrence in Sons and Lovers, the hell underground that reflected itself in a hell above the ground.

The Katowice landscape is scattered with headframes marking the location of mine shafts, some of them abandoned, some still under exploitation. I learnt to spot the wheel, the slanting side of the steel tower and thought of the generations of miners that worked on a voluntary basis, but also sometimes compelled by necessity or forced labour, in the tunnels that lay underneath. Nikiszowiec is a miners' settlement built by a German architectural firm in the first decade of the XX century in the proximity of the Giesche shaft where its 1,000 inhabitants worked. The planning of this self-contained settlement took into account every aspect of the workers' lives and needs – it seemed ideal and yet so in contrast to the life without sun, deep in the mine. A visit to this model town rounded off my first hands-on approach to the mining world. I had broken the ice, but still the thought of it made me stand in inexplicable awe. 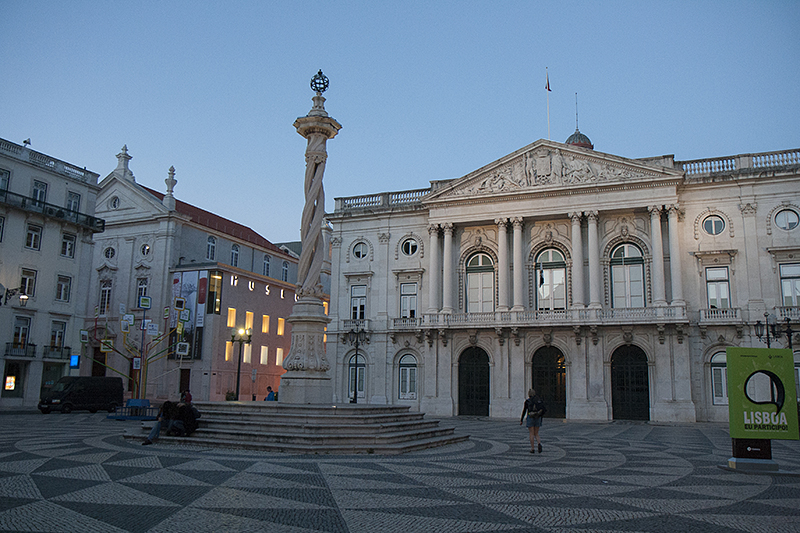