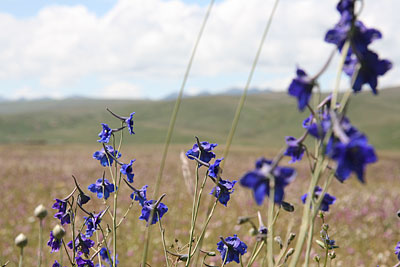 I am woken up by a knock at the door. I look at my watch: it’s still but the voice in the corridor says we’ll be leaving in 20 minutes. Niong and I slip into our clothes and take our backpack downstairs where the monks are waiting to leave. It’s going to be a long full day ride on the same road that we took two days ago.

After breakfast, the monks start with their morning prayers reciting verses learnt by heart in old languages. Then only one goes on chanting by himself and even when the driver turns on the radio, he carries on undeterred. The atmosphere inside our minibus matches perfectly the cultural scene of these regions.

At Yachin, Niongs gets off the minibus and starts yelling with his eyes popping out in wild excitement: “Look, Andelu! Tianzang!”. There is in fact a sky burial under way. Several people are grouped near the platform on the hill and more are watching at some distance. A large group of big vultures is waiting on the slope behind the screen, and they’re so big that from a distance I take their bodies for stones scattered on the hillside.

We approach to a respectful distance to watch this gruesome scene. An old curved monk, the main actor playing with the mortal remains as if they were stage properties, moves slowly on the scene wielding an axe and a long handled hammer. He’s already cut a body into small pieces that he throws to the vultures around. He’s not wearing gloves, but touches the chunks of human flesh and the entrails as if nothing were the matter. “What if that person had died of a disease?”, I ask myself in disbelief.

With a faded crimson robe, a crooked bonnet and work tools reminiscent of the scythe, his figure looks like the personification of death, a hideous hunchback creature, that inexorably creeps up to his victim and always comes out unscarred after acquitting himself of the ferocious task. He doesn’t seem to have the mortal body of a man, but rather be endowed with some supernatural powers that enable him to dispose of a corpse.

He sets about smashing the skeleton into smaller detritus that the vultures are greedy to gulp down, occasionally fighting over a sinew that has been grabbed by the beak of two.

As much as we are, the relatives who look on the scene are just too astounded by the barbarity of this spectacle to have any room left to other sentiments. Accustomed as they may be to this religious practise, what you see is indeed the body of a relative being fed to sacred rapacious birds, and at the same time you are also very forcibly reminded that this will be your destiny, too.

In the evening, as I review my photos, I am confronted with a horrifying discovery. Enlarging a detail, I realise that it is a crouching body of an old age person, with bones showing through a thin layer of skin and hardly any flesh. It lies next to the sack that had just been slit open by the monk and is ready to be chopped into gory pieces. 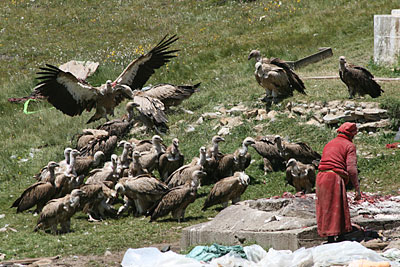 I am not fully aware of what I’ve seen until in the evening I revise some shots I have taken. As I enlarge a detail, I am incredulous, but it’s unmistakably there, a human body waiting to be cut to pieces by the executioner of the dead.

We resume our drive. We cross a beautiful prairie scattered with millions of wild flowers of all colours forming waves of pale hues in the distance. The monks are delighted and want to get off and enjoy this landscape. I find it hard to understand how they can throw their litter out of the window after appreciating this wonderful nature.

We cross a pass and start driving on a highland where we are met by a hailstorm. The sky is gloomy and the hailstones bounce on the earth. When it clears up, the rocky mountains behind Ganzi appear in the distance, superb with a sprinkle of snow. The Zuodashan is among all especially majestic with its imposing walls of rosy and grey rock. I have no regret about returning to Ganzi on the same route. This time round the different light have made it some of the best scenery I’ve seen so far. 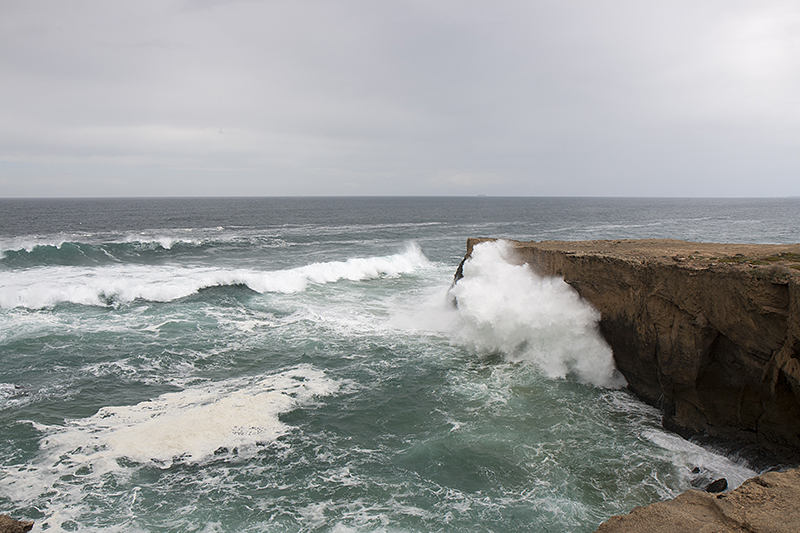