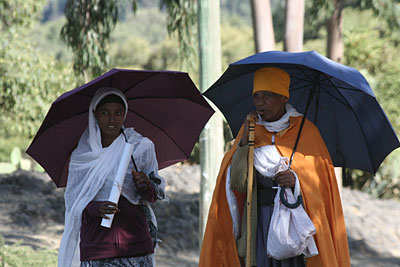 I was again adopted by a local immediately upon enquiring how to continue on my way from Chancho. This young bloke, who was waiting to start his lorry driving lesson, took the time not only to accompany me to the bus stop, but also to wait until a passing vehicle was available for me. The car was a magnificent 4-wheel drive, that with hindsight could easily win the prize for the most comfortable vehicle of my whole journey – with the only note that competition was next to non-existent. I was dropped about 60 km further at the junction of Debre Libanos, and asked the bus fare – no luxury surcharge.

I left my luggage at the grocery booth where the shopkeeper looked like an orthodox nun, sporting a huge cross over her blouse and a headgear reminiscent of the one worn by the clergy. In this way, I was ready to set off on the 4 kilometre asphalt road that descends to the monastery, the last tract of which was flanked by houses on both sides – possibly residents that make a living out of the flow of pilgrims visiting this major religious centre.

The pilgrims are numerous today 29 January, a Marian festive day. I’m very glad so many people have flocked here and are now slowly ebbing away, because were it not for this circumstance, the place wouldn’t mean much to me. The landscape is not impressive after the Muger gorge I saw this morning and the monastery is in fact an insipid recent building that dates from after the Italian period.

Watching the visitors, however, is really worth the walk. After their visit to the holy grounds, they are wearily making their way from it. Most are old skinny people, clad in the white cotton cloth wrapped around their shoulders and sometimes the head, like in the chilly morning or evening hours. A few others, among whom the monks, are covered in yellow rugs that symbolise the ashes that we shall all turn into. Some carry staffs with a cross or a t-shaped handle, that is nothing else but a stylised cross again. This is the first time I've seen many Ethiopians in traditional dress, on the special day of the festival: I’m really excited.

I stopped in front of the monastery, short of crossing the gates. I’d already got my fill with watching the terrific display of human nature on this particular day and I didn’t deem it worthwhile to pay an excessive entrance fee to see what didn’t bode as an interesting attraction. Moreover, I was a bit reluctant at seeing the display of human bones, victims of the massacre perpetrated by the Black Shirts. This is how national pride puts things in a distorted perspective, but I was to be forced to come to terms with these feelings later in the journey.

I ambled back up to the main road, ready to grab a vehicle to Fiche before sunset, but I was yet to come across my last adoptive parent of the day. A young man hails me from his house; I reply to the greeting, but carry on walking. Undeterred by my inattention, he comes down to the road and starts walking by my side. He slightly smells of wine in his breath and talks about a mental condition that has required him to retire to the calm of this village from the town of Bahar Dar. Mumbling quasi incomprehensible sentences that he sounds very convinced are as good as the Queen’s English, he talks inconclusively about a stay in Paris that I can’t decide whether it happened in the real world or is the fruit of his psychic trips. 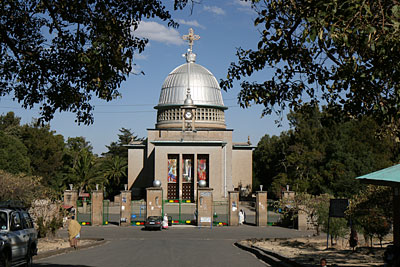 When we get to the junction and I retrieve my backpack, I would like to take leave and start hitchhiking for a lift, but he comes up with the Portuguese bridge that is to be seen nearby. I can’t resist the temptation. The very fact that this artefact should stand in the heart of Africa named after a European country is intriguing and I let myself be led to it. The bridge (in fact erroneously ascribed to the Portuguese) is indeed fascinating, and the view overlooking the gorge is jaw-dropping.

When I get to Fiche, I witness one last interesting sight: a circle of young people has gathered on the dusty verge of the road to perform a sedate humming song in honour of the Virgin, accompanied by hissing sounds issued from their clenched teeth.

I would like to watch the group from above and spot a wall where a few youngsters are standing. I beckon to them to lift me up, but the weight on my back is too much for my rescuer’s weak body and I risk dragging him down on me. The funny scene attracts the gazes of half the circle of singers, if by any chance they were not riveted on me already. Now, as I stand on the wall and watch the live performance, I see them giggling and I smile back, happy to be welcome here.

There are quite a few hotels around and a spontaneous informant directs me to the one I named. I find myself in a side street followed by a retinue of boys. When I ask for directions each points to a different cardinal point. Luckily, out of the crowd emerges my last guardian angel of the day in the form of an undergraduate history student who takes me to a hotel, makes sure that I like the room and am charged the right price. 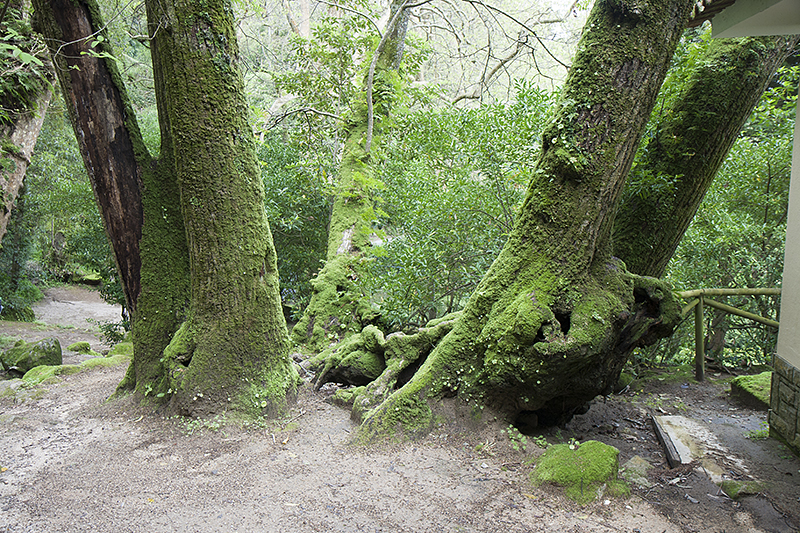