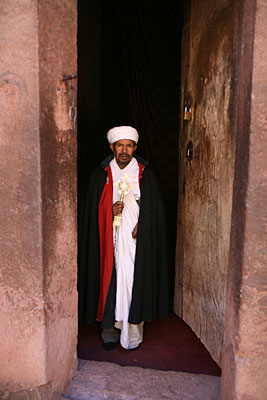 Among all the nice people I’ve met in Ethiopia the thing that stands out as a common feature is their lovely smile. People often greeted and welcomed me with a beaming face, white teeth contrasting beautifully with the dark skin and a head of black curly hair.

I have also written about the countless times when I was given a helping hand by someone who, unasked, took upon himself the burden of getting me a hotel room, or a bus, or anything I happened to need. As an experienced independent traveller, I can’t say that that without this assistance I would have been at a loss; quite the contrary, I often prefer getting my own way. However, whenever I met such kind people, I put myself into their hands, so to speak, and let them lead me. It was their obliging way of giving me their warm welcome, and often it was useful help, too.

On the other hand, there are two categories of people that I found terribly annoying.

The first one is represented by car brokers and the bunch of crooks that hang around bus stations. The first mishap that alerted me to the phenomenon was in Bahar Dar, where I was charged 90 birr instead of 65 by a ticket collector. Smelling a rat, I pressed the driver hard until he said the right price. As the bus had not left yet, I exacted the money back and walked away in a huff, with the conductor mumbling profuse excuses.

This incorrect attitude towards foreigners on the bus station scene is quite common, but a car broker does something slightly different. It is an utterly useless figure whose only preoccupation is to precede you to the bus, collude with the driver or the conductor in order to gain his commission and do nothing else. There’s no need to be accompanied by these shady characters as any obliging person would answer an enquiry about what part of the station a bus leaves from.

They are, by the way, so uniformly spread over the country that I wondered there might be a training centre for the profession. And indeed, one accredited himself by showing me an official badge bearing the job description of car broker, minutes later only to quote me a price for a ride that was outrageously three times higher that the going rate. I told him to get lost.

Other leeches are those who want at all cost to load and unload your luggage on the bus roof, which is often, it must be said, quite a difficult place to get to. But at least these people do offer a service.

I have talked about lovely children and their spontaneous behaviour that made me laugh, until I wanted to make them laugh and play with them in my turn. But children were also a constant source of annoyance, as I found out for the first time in Shire a few days into the trip.

I’d read about the hordes of hysterical brats that hassle foreigners, but I thought it was a thing of the past. Starting from Tigray, though, I was confronted with the fact it’s still a rife phenomenon. Groups of children, as soon as they saw me walk by, shouted a very rude “You, you!” To calm me down, I tried hard to remember that the blunt intonation should not be got wrong because of their language’s interference, and to their excuse I must say I once overheard a youth attracting a friend’s attention by addressing him repeatedly “Ant, ant!”. It still badly got on my nerves.

I was also pelted by another standard question, invariably phrased “Where are you go?” that I made it a point not to answer, although I sometimes unconsciously and out of despair responded to. Nevertheless, behind that blunt enquiry sometimes hid a teenager or a grown-up who wished to help me, and I reminded myself a cultural point, that it might just be a form of acknowledging the stranger’s presence.

Children asked me for “many” (meaning money), or a birr, or a pen – but there I was always tempted to ask them, if I’d had the words to do so, how many requests had ever been granted by passing foreigners. So why bother at all? It was probably only a way to kill the time.

Other times children would call out “Faranji!” or even “China!” because they identify foreigners with the Chinese, who are arguably the ones most present in the country due to the numerous public works sites they are engaged in.

A stern face usually scared children away and, sad to say, when I was really pushed to the limit, I resorted to the same menace the local adults use: they stoop to pick up a stone and that gesture is eloquent enough to the child about your evil intentions.

Apart from this I’ve hardly found aggressive behaviour, even in tense circumstances when a verbal clash had opened. It’s probably the scale of the attack that ended up making me ratty, but the endurance was really worth the while. In Africa for good and for bad, you’re never alone.