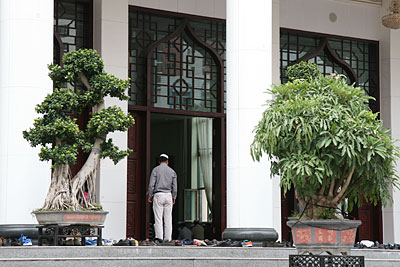 I leave Xiahe bound for Xining before sunrise. The town is still deserted and I walk down the disproportionately wide avenue towards the bus station, only coming across a couple of stray dogs rummaging in the rubbish.

It takes several hours to reach my destination. Along the road, most of the villages I sight sport graceful mosques whose minarets tower high to ideally encompass the group of houses clustered below them. They witness to the presence of the Hui and constitute a landmark that other ethnic groups, notably the Han Chinese, do not have.

In Xining I put up at a Hui-run guesthouse near the bus station. The lovely landlord’s little son gapes in admiration as soon as he sees me, a foreigner, step in. He follows me upstairs and when I open the door to go out I find him waiting for me. He sticks his hand into his pocket and hands me a few sunflower seeds as a present.

Xining is a big town, the regional capital of Qinghai, and an important centre for another component of the local population. The Hui are an ethnic group who professes Islam and is mostly assimilated to the Han, to the point of not having a distinctive language. My first encounter with them is around the bus station, but in the town centre they come out in full force. Now, in the month of Ramadan, they are fasting and their community is living this important collective rite.

A large number of worshippers pours out of a mosque when I am visiting, all wearing a lace cap. The flow of ordinary worshippers streaming out of the building is followed by a batch of theology students who come out last. They all wear white tunics and their heads are wrapped in a loose scarf falling down between the shoulders as a sort of tail. They wait for the sheikh in orderly formation at the base of the stairs until their leader breaks ranks. Then, they reach their dormitories in the opposite building.

The market is replete, if not exclusively composed, of stalls selling Islamic food and goods. It is similar to what can be seen as far west as Xian, but on a bigger scale. Often the restaurants bear the certification label “Islamic food”, which notably guarantees the absence of pork in the dishes. 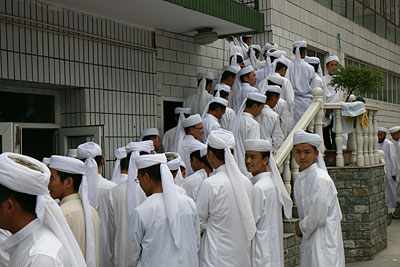 The big mosque of Xining is one of the largest in China. Not as imposing as I expected, it is rather similar to the one in Xian, with an open courtyard loosely delimited by pavilions topped with Chinese-style roofs. As I sat on a bench I am approached by an old man with a white beard and lively eyes who is eager to instruct me about his religion, thinking probably that this is my first encounter with his strange world. He speaks Mandarin, but at least the topic is familiar.

At night, once the daytime ban on eating food is lifted, the market gets in full swing. Gamblers flock around the tables on which dice are cast or card games are played.

Back at the hotel I go to bed early in sight of tomorrow’s departure. I am already asleep when I am woken up by a loud knock. Instantly I sit up and turn the light on. I instinctively go to the door and open it, but it takes me two shakes of a lamb’s tail to regret it. Too late: the man shows me the screen of his smart phone and signifies he has some problem. He points at the compass icon and I conjecture he wants an explanation. Only later do I realise he needs to switch the language back to Chinese. Still drowsy from my interrupted sleep, I comply while secretly pondering whether I would have got more kick out of slamming the door on his face or leaving him in the lurch unable to use his own phone. 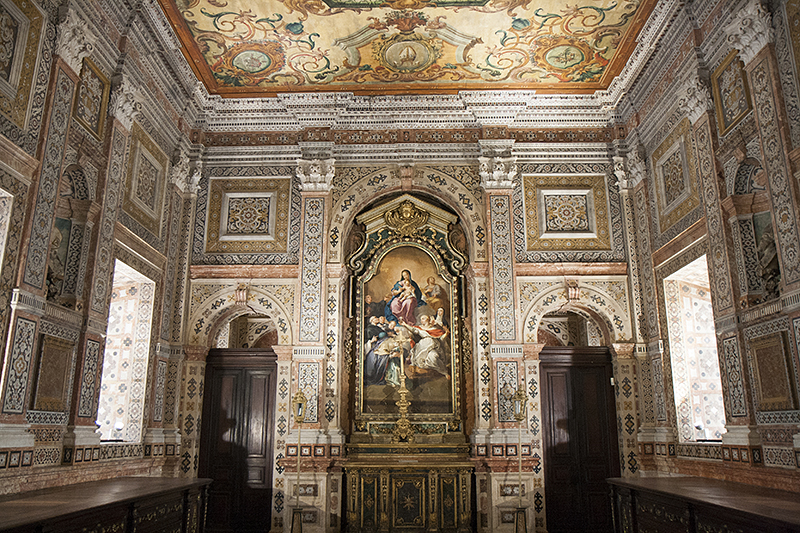