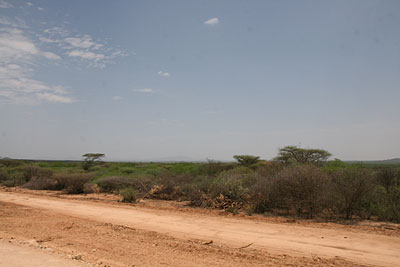 I got to Key Afar after nightfall but was able to see the enchanting terraced hill of the Konso along the way. All the while I was making conversation with the artist sitting next to me, who had a plan to reach the border with he didn't know what country, which he didn't have a visa for, and shoot a documentary film there, to do which he didn't seem to have any equipment. Anyway, he was good company and his friend offered me qat to chew. In Key Afar there was a brand-new hotel, but got angry when I got cheated at the restaurant. So angry that the next day I got up at dawn and left without a word to those ignorant people.

I stood waiting by the side of the road with a student who was heading my way, but after a long infructuous wait he went off with an acquaintance, and I was left alone. I insisted, telling myself that if nothing came along, I'd just stay another night. I went on with an idea that the student had rejected: if I waited at the junction, I'd have a chance to intercept cars coming from the other direction as well. And my plan proved effective: after only half an hour a car stopped and took me on board.

From Key Afar I wanted to move to Turmi, but finally got a liftfurther to Omorate, unaware of the difficulties I would face to leave that forlorn town.

It was a Catholic priest with his driver and two co-workers who had set up a mission in the far South. They were not only going to Turmi, but to Omorate and they offered to take me there. I hesitated, but after the lunch break at Turmi I decided to accept. The rough road to Turmi had descended from the height on which Key Afar sits into the lowlands covered in bush. The temperature had got higher and higher, but it was in Omorate that it reached a peak. We arrived at around four, many hours and 170 km away from my point of departure in the morning.

The place could not have been more different from my expectations. Omorate, which I had imagined as a proper town, looked like a disorganised set of scattered houses with no planning, no current water and no power, at the back of beyond. It had only one asphalt road and the feeling of no return that I had perceived along the way became a palpable reality. In fact, as soon as we left Turmi, I asked myself if I was doing the right thing going further. I had sensed a thrilling feeling of wildness when our car met three children jumping on the track to attract our attention. Their stark naked black body was decorated with earthen tattoos. In the midst of that expanse of bush where no village could be sighted as far as they eye could see, it was an expression of bestiality and materialised mysterious Africa. As I went along, I began to wonder how on earth I would get away from Omorate on public transport. Apart from us the road was desert. 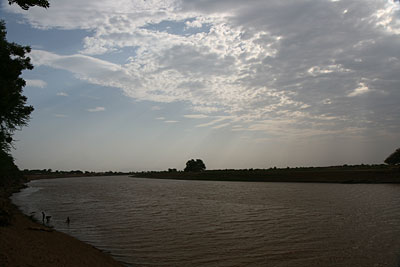 I stood watching the mighty river flow between the steep arid banks. There were big changes in store to that whole ecosystem with the new dam project about to be completed around Sodo. Opposite, a group of trees emerged from the sandy ground. A constant trickle of people were ferried across on hollowed tree trunks that doubled as canoes. The women were bare breasted, the men wore headbands and other ornaments. The bank life was simple and yet captivating. I stayed till after sunset.

It was dark when I threaded my way back to the mission and it was not easy in the crisscross of paths. By the time I entered the grounds the goat had already been killed and was hanging with its hind legs tied to the ladder rung in order to be skinned. I was invited to have dinner with the three priests and it was a pleasant moment. After we rose from the table our host invited us to sit out in the garden under the stars with a gentle breeze blowing. We were brought a metal tray with the roast goat, and it was delicious. 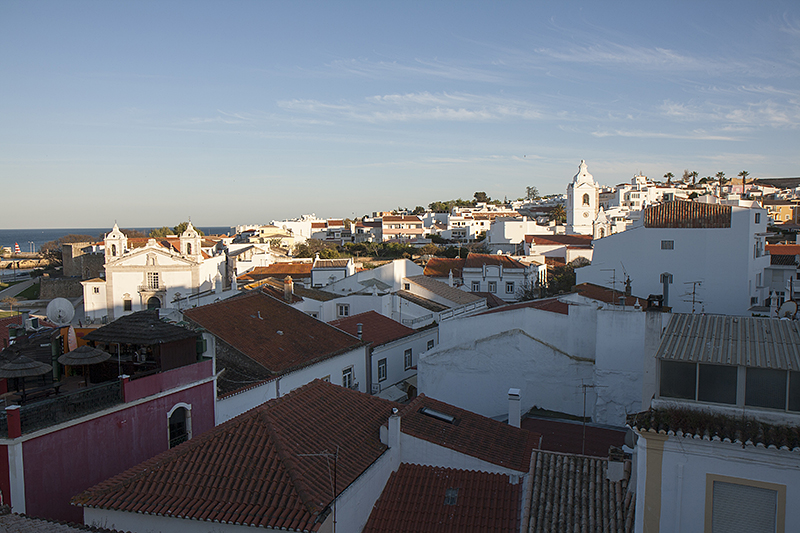