Sevanvank is the monastery that lies at a short distance from the town of Sevan, on a promontory that was once an island, but now the receding lake uncovered a strip of land that joins it to the shore. From the top the view over the pretty little church and the lake behind is superb. The eyes encompass from as far as the southern shore, a blue horizon fantastically all made of liquid, to its northern end, where the dry mountains reflect magically in the water. The isolation of the monastery in the middle of this huge high-altitude lake must have been sublime when the water level used to be 20 meters higher. Luckily, after the inconsiderate policies of the past the authorities have thought better, and thanks to the diversion of water courses the level of the water is rising again.

Later I stopped at Hayravank 25 kilometres down the shore. Paradoxically, the atmosphere of this place of seclusion was tainted by boisterous music from the baffles on the neighbouring beach. What a contradiction! It was however a beautiful view across the water surface, but not as impressive as last evening with clear air. I crossed the meadow at the foot of the church, marshy at spots, with anglers fishing, horses grazing, and water fowl wading. Eventually, I reached the highway and at the crossroads I easily got a lift on a classy Mercedes. I was left in the central square of Gavar, at the door of a dismal looking hotel (Soviet, again!). I was shown a nice refurbished room on the 5th floor, at a rate that was unexpectedly cheap.

I went down to the restaurant on the first floor where, as the only punter, I had a refreshing dinner: fresh salad with cheese, fried aubergines and a good beer. When I wanted to pay the bill I was invited to sit down. Two men, the sturdy woman cook and a young waitress standing around, all looking at me. I knew something was going to turn wrong. The fishier of the men stretched his arm to fetch the bill that had been written out for me. The bottom line showed a ridiculous amount, more than double what the dinner was worth. I would never have paid as much in the smartest café in the capital, let alone in a rickety provincial hotel in the backwaters of Lake Sevan.

My decision was made without hesitation. I said I would pay 2,000 out of 4,500 – which already seemed quite generous to me – and left the corresponding bills on the table. The men grumbled, then started raising their voices, the women still looking on and whispering in each other's ear. I got up and paced toward the stairs. I hadn't quite reached the second flight of steps when I heard someone coming behind me quite menacingly. The bloodshot men looked furious, they shouted, but I turned around to say I'd already paid my due. I was also obviously nervous, but I acted very calmly as if nothing were the matter. They didn't follow further. In front of my door I turned the key and heaved a sigh of relief, except that all of a sudden I realised the snag: my passport was in their hands.

Well, I would see to that in the morning, I said to myself. For the time being I just had to barricade myself in the room placing a spare bed against the door in case anyone tried to break in during the night using a master key. You never know, given how irate everyone was. This way at least, the noise would wake me up and I would be ready to face the intruders. I also took the hangers pole out of the wardrobe to use it as a stick if the worst came to the worst. 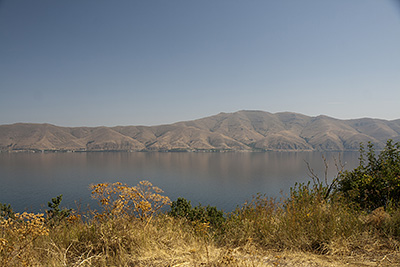 The next morning I went down to the infamous first floor where I was stopped by one of the men. In a neutral tone I said "Good morning" and the man fetched my passport. Together with it was the previous night's outstanding bill. I said I had already paid and went down to the ground floor ready to leave, but I found the front door was still locked! More grumbling from upstairs and the man appeared with a bunch of keys but he didn't open. He made me take the lift with him to inspect the room. I was sorry I'd already put the stick back in the cupboard or I might have tried it on his head. However, after one more try to pull his scheme through, surprisingly enough, he took me down and opened the padlock. Without a word I slipped out, free at last!