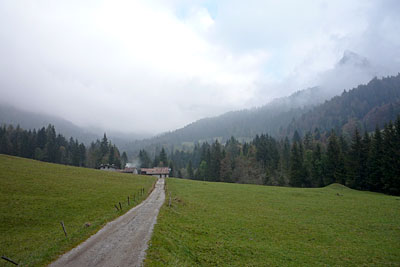 On the radio today I heard a child saying that jet planes are the force of nature that makes clouds because of the white streak they leave behind. As I chuckled at his self-assured would-be scientific explanation, I instinctively looked up and didn’t see a cloud left after yesterday’s dull weather, but a radiant autumn sun shining in the blue.

If yesterday I didn’t feel like doing much, today I’m making plans for an active weekend and hopefully a hike. I need to make up for last weekend that came and went, and left me quite disappointed. Why, though? I did odd jobs in the house, went to a social event, did sport, so didn’t twiddle my thumbs and still I don’t seem to be content.

I went to Valzurio and meditated on my solitary walk that I didn’t enjoy much. I realised that my free time also behaves in the same way, it slips through my fingers. I’ve got into the rut of spending evening hours online always doing the same things and then bedtime comes and I go to sleep with the good intention of not passing yet another evening like that. I’ll watch a film or read a book – I promise myself – but the list of films is only getting longer and the reading of Les jeunes filles en fleur stays put at page 200 odd.

So I meet with friends to break the routine, but after that I have the desire to return to that personal space I have cut out for myself pursuing interests that all point to isolation from the world around. While I’m sure that the people who know me usually find me friendly, I sometimes feel a latent dissatisfaction that results from an endeavour at escape from reality.

Foreign cultures and independent travel are passions that I hardly share with any of the people I see regularly, but I suspect I wouldn’t like it to be differently, or I wouldn’t have chosen these precise interests. It is as if at heart I needed to assert myself through the personal conviction that my special ways and experiences are unique. In our private garden we all like to grow rare flowers in our own way.

If I’d picked, say, football for a hobby, I’d probably be spending my Sunday afternoons sitting on the stadium steps or hanging on the sports commentator’s words for the latest match results like plenty of other people. I’d have had a good conversation topic that I always seemed to lack when I was a teenager. But I’ve lived through that unease to be able to say that now I don’t need prefab conversation topics any more as I am confident enough of my own resources to start and keep the talk alive with those I deem worth talking to. 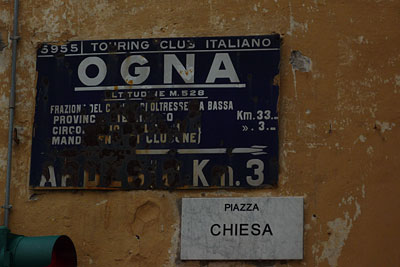 When I want to bond, I have realised I can at most share a tiny portion of my hobbies with selected few, one at a time, because in the end the path I’m walking along is bound to set me apart. In other words, if I like watching a film in the original language or listen to the news in Arabic for instance, I know that I can’t count on the bulk (or any, if the worse come to the worse) of my mates to follow me. So whenever I want to enjoy company, I have to make allowances and conform to the mainstream (even provincial, maybe?) culture, which I tend to hate, although at small doses I can manage.

Does society necessarily have to flatten our minds? This must always have been the case, but the modern world definitely makes us do funny things in the name of conformism, like wear the same fashion clothes, talk about the thing of the moment and behave according to set patterns. We must act as a cog in the wheel or take the risk of rebelling for whatever that involves.

The original mind cannot come to terms with this, if not in order to avoid becoming a hermit, but here comes the paradox and contradiction. When I make myself too different from other people, I’m not very happy either, because I feel a gulf of solitude separating me from others and eventually a power of attraction will connect me to my friends. However, the vicious circle is that after I’ve been in society for too long, I need to stand out in some way and my recipe points to that personal space where I know I’m a king, but from which isolation originates.

I haven’t studied psychology, but I daresay we are all jostled between these and many other opposing poles. Nevertheless, sometimes I think I’ve taken this dualism too far. I’d like to be something I’m not, but not too much so, as it were, even though, all in all, I believe I’m more anomalous than compliant.

My goals are often too ambitious, or even simply unattainable and this is a cause of frustration. My long list of to-do’s is always overwhelming, but I have lately realised I should alter my attitude. When I feel despondent, I focus on the things I’ve done, rather that those I still have to do. Break the line of thought that gives me pain, there’s nothing simpler than this, in theory. In practice, it’s another pair of shoes!

When I heard that child who thought he’d got the answer to the problem of whatever makes clouds, I wished I could be like him and live content with a new-found truth without worrying too much about anything else.