10 August - I have had to get up at 6 to go back to Yusufeli, but I can say I had an excellent night's sleep, in the fresh air between soft and thick quilts, accompanied by the noise of the stream. Only, I was bitten by an insect and I'm a bit swollen under an eye. Breakfast is sheer delight of the palate, with cheese, home honey, olives, cucumbers and tomatoes, and unfailing tea. I'm happy with this rapid stop, a bit illogic, but memorable because of the nice guesthouse and last night's jolly company.

At 8.30 am I'm in Yusufely waiting for the bus to Trabzon in the company of an Israeli that came here to trek in the mountains. I've found out this is a very popular place among his countrymen. He's a Jew of Rumanian origin. Speaking, he ponders every word he says, and underlines his speech with meaningful and funny grimaces. I avoid touching political subjects that it would be nevertheless quite natural to tackle, when I say I was in Jerusalem and Palestine last year and I was to go to Lebanon this summer… fancy that, with the hell that is breaking loose there now! I don't want to commit the mistake of judging the person with prejudices.

On the bus there are two French people that I met in Kars and we decide we will look for accommodation at the church guesthouse in Trabzon. We get there tired after a long 7 hour journey, and find this place in a central position in town. Last spring a fanatic murdered an Italian priest in this very church and his sister is now here on visit. I organize tomorrow's trip to Samsun and try to fit in a visit to Sumela monastery as well. I have dinner with the two French people, then we go to the harbour pier where we see a red moon rise. We spend some time with the Rumanian caretaker and his wife, that live their stay here in Turkey as real missionaries. Three Polish people get here too. 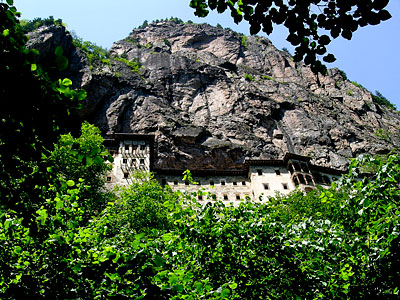 11 August - I get up early, before 7, trying not to make too much noise and wake up Cyril. I go to the bus stop, but they say there is a direct bus to Sumela at 10. These two hours and a half waiting time could make me miss my bus to Samsun at 3 pm, but they guarantee they will drop me at the otogar in time. I visit the monastery, especially interesting for its position, but very much refurbished. I try to have something to eat, and two very nice Dutch people invite me to have a seat at their table, but we are just unable to order anything because the restaurant is very crowded.

At 3 pm I take the Metro bus, a big sturdy vehicle. A lot of young people get on board, who I imagine must be leaving for their military service, judging from the emotional farewell scenes at the station and at the stops, full of tears, hugs, on one occasion even marked by the crack of petards.

I get to Samsun at 11 pm, wait for the service bus into town and ask to be dropped at the church. I ring the bell, but don't get an answer. I don't feel up to insist. Someone comes up and alleges he knows the person whose name I was given, so rings several times in my place, without getting an answer too. I then take a hotel room in the vicinity and find that Cyril and Brigitte are here too. I slip a note under their door to meet tomorrow. 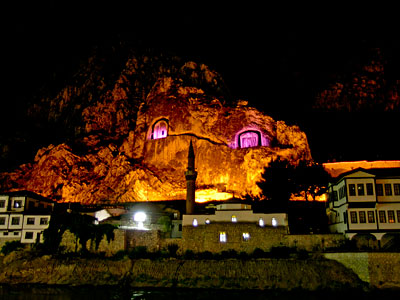 12 August - I meet my French friends in the street. They have kindly bought me a ticket to Amasya leaving at 11. I have breakfast, then we take the service bus to the station. In a couple of hours we get to destination. I take a room, leave my luggage and we start exploring the town together. It's nice, but the sun is pitiless and the air is dry, very different from the humid air of the coast that made us drip with sweat. We come across two other French people of the Kars group, and agree to meet up at 6 pm for a drink before parting. Brigitte and Cyril are leaving to Istambul at 8.30 pm, the other two are leaving tomorrow.

I am confused about my plans for the next days. I regret not visiting Urfa, but the distance doesn't allow for a detour from my descent to Syria. Well, I will find some way to keep myself busy. After eating some sweets with a cup of tea in the square in front of the hotel, I spend the evening strolling along the river, with lots of people around. The air is now very pleasant, a warm breeze.

13 August - I got up in all calm at 9. Anticipating that I will skip my lunch, I've had breakfast in two different places with sweet buns and tea, then went to the otogar and left to Kayseri. The bus was almost empty up to Tokat, then filled up. It was a long journey, until 5.30 pm, but not too tiring. The vehicle was comfortable and the seats large enough. We made a few stops, in one of which I bought a strange cream with grapes drawn on the box, but I haven't tried it yet. I was sitting next to a high-school student at Tarso American school that spoke English.

I take the service shuttle into town and get off at the citadel. The shops are for the most part closed, being today Sunday, but some are working and I notice those that sell dried meat, a speciality of the place.

I am accosted by some carpet seller's tout and ask him for directions to get to the hotel. He takes me there, but when I'm asked 25TL for the room, I am afraid that I'm also paying for his commission and take time saying I'll think over a bit. I then get a shopkeeper in the neighbourhood to phone the hotel to verify the rate and when I find it had been quoted rightly, my doubts are removed and go back to the hotel to take it for the 20 TL that it had been reduced to. The place is truly nice and well tended and is worth this money.

I walk around the town and stop to eat, considering that I only had a snack at noon. Back at the hotel common room, I am offered a glass of tea, then a second one, while the night porter and a guest endeavour to make a difficult conversation with me in Turkish. 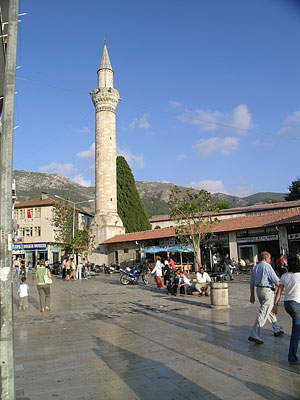 14 August - Today is the day of the second big move. I have to go down to Antakia and for this reason I would like to take the 10 o'clock bus by the Kent company, the same as yesterday. I change 50 € to cover my last expenses in Turkey, then go to the Kent offices, where I am told that the 10 am bus is full. I decide to go to the otogar all the same and try my lot on the spot, but… surprise! The employee, a pretty girl that also speaks some English, announces that a seat has become available. I buy it and take the shuttle to the terminal. While I'm waiting I dream of a winter trip to this area or even to Cappadocia under the snow.

The bus comes and off we go. At a stop a young lady gives me a handful of her pistachios, and so starts a conversation in Turkish that at first concerns the names of various Italian celebrities. If only she knew that national television doesn't have a place at all in my life, that I don't follow football and refuse ready-made mass culture! That on the contrary I like following Syrian soap operas in Arabic…

But the lady insists in her efforts and wants to involve me, but unfortunately my non existent knowledge of the Turkish language doesn't allow me to play an active role. After maybe half an hours' time that I deem necessary out of politeness, and after a stop for lunch at which I have a delicious plate of bamia, I show my intention to read. I feel a bit guilty at that, but then I enjoy reading a very informative chapter on the country's history. I get to Antakia and with some difficulty reach the church that also has rooms for guests. It's a little oasis enclosed within walls like all houses of the old charming centre. I find an Italian guy and a Spanish girl as guests. I wash my clothes and consider myself happy with this stop from which I hadn't expected a lot. I can hear and use Arabic again. Form tomorrow it'll be a grand comeback through the Syrian border.ِ 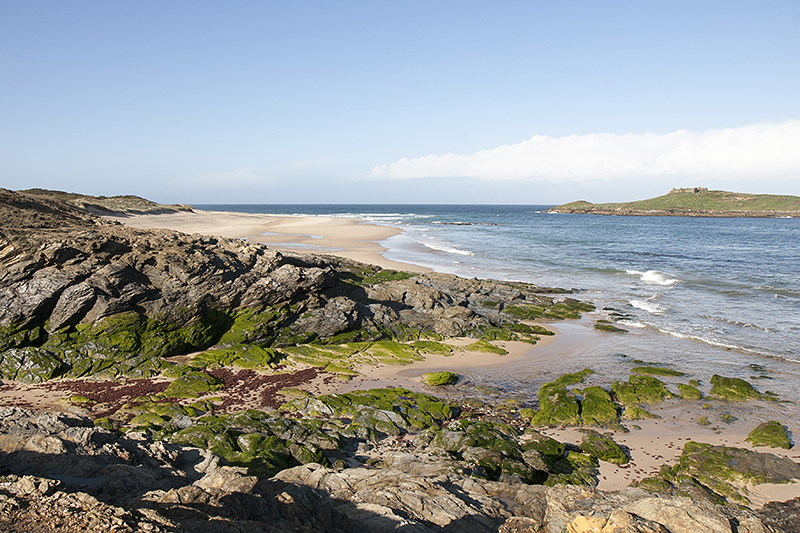