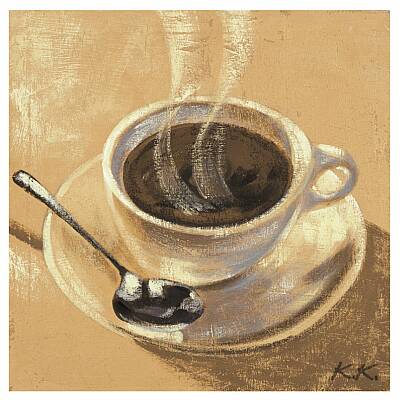 My grandfather built a low-rise block of flats in the early 1960's, soon after moving to Bergamo from Milan. He wanted to invest money from his own leather handbag firm he'd set up in partnership with his brother and embark on a building project with the help of my father, a construction engineer. After the first building was completed, the plan came to a grinding halt owing to the council's scheme for developing social housing in the neighbourhood. Part of the land was expropriated and the rest of the planned buildings never saw the light. Instead of selling the first one, my grandfather kept it as an asset. The flats were soon rented and now, of these historical tenants that moved in during the '60's only a few remain, as some have died and others moved out. But Mr. M. is still a tenant.

Today I was the one who had to collect the quarterly rent because my mother was away. Mr. M. called on me at half past nine, accompanied by his wife. Both in their eighties now, they consider themselves to be the sole wardens of the house, the legitimate keepers of the order, who can stigmatise the new tenants when they go as far as to park a car in the yard, or to leave a bag unattended in the stairs. But he watches and reports, feeling he's offering his due service of ever lasting allegiance that was sealed at the fateful signing of the lease contract, nearly 50 years ago.

These quarterly visits run according to a set cerimonial, because Mr. M. not only comes with the rent, but invariably brings a gift which mainly consists of a packaged cake and a bottle of wine. I I have a vague childhood memory of him bringing my brother and me a present, that later changed into a gift of money. There's no way of telling him that he shouldn't take the trouble, because to him this is as much of a duty as paying the rent.

He's such a character! Ceremoniously marking the class difference that he feels so acutely and likes to be subject to, he calls me by prefixing my given name by the title of Mr. I feel slightly uneasy from my more equalitarian stance, but I must accept him as he is. He enjoys paying hommage to his landlord and feeling respected by him as the perfect tenant. Therefore I had to play the game and behave according to script, which provides for me to pay compliments to his good health and, of course, appreciate his long-standing reliability.

To prove it even with facts, Mr M. suddenly opens his wallet and after warning me not to be moved, shows me a passport-size photo of  my father (who passed away nearly 10 years ago). He's convinced he brings him good luck.

I offered to make some coffee, but he said I shouldn't trouble to mess up the machine… however, if I poured him some vermouth, for instance, I shouldn't have any problem at all!

It is Mr M. that leads the conversation, complaining vehemently of the bad news, politicians in general and the state of the country, and the picture that emerges from his outlook is of a hopeless place that has nothing good left to give its citizens, if not an excellent topic for grumbling. Whenever his wife shyly attempts to intervene, he abruptly imparts a curt command of "You shut up!" and she obediently takes back her word and keeps silent.

But today something graver happened which made his subdued wife feel quite bad. The money they brought was slightly less than sum due, because of the incidence of heating expenses at the close of winter. In spite of my desperate attempt to make them feel comfortable and defer the balance payment, he felt pricked in his pride and found no other scapegoat than the poor woman, who was soon easily blamed for passing him the wrong information.

He said she should leave him the role of being the head of the family, as it ought to be! At which she weakly tried to defend herself by ironically repeating: "Well why, who should be to blame, if not me?". But this self-pitying reaction made him all the more powerful and in need of someone to thust the blame on, so he repeated several times that it was just through her fault.

In front of her he justified his going to the bank right then in order to withdraw the balance, by saying they needed exercise, "… especially her who is already 86, a good 5 years older than me!".

If this had not yet been enough, by then I was chuckling at his tactlessness and the overall originality of these two characters that had brightened my morning with a direct experience of a species on the edge of extinction. Nevertheless I feel so attached to them because of a bond with my family that has existed for nearly 50 years and if not anything else, it should be prized for its duration and faithfulness.