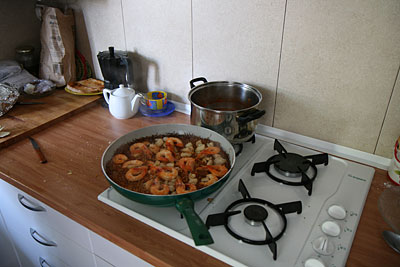 I once read a story in an old issue of the Reader’s Digest that impressed me. In 1940’s war-torn a man wanted to make a phone call, but by mistake the switchboard operator put him through to a lady answering the wrong number. A hesitant conversation ensued, but they didn’t stop at embarrassed apologies. They found common ground and decided to give each other a ring again, and from that day on they made it a habit of talking every night sharing the worries that came from living under the threat of bombings, the desolation caused by destruction and death all around, and confiding to each other their innermost feelings. They struck up a telephone friendship that lasted several months scanned by this routinely night-time call, but they never met. Then one day the man heard news of a devastating bomb strike that had hit the lady’s district and that night his call went unanswered. Dead, evacuated, or stranded, he never knew what became of his intimate correspondent. It was a moving wartime story.

If at that time it had to be a mistake that put two strangers in touch with each other, now the facility of contact through the internet makes this practice very common. People strike up acquaintances that they call friendships and keep them until they die off as easily as they arose. They can be ephemeral and fleeting, but take away the unavoidable scum, sometimes there is an exchange of sincere and amicable feelings. In spite of everybody calling it virtual as if to suggest it didn’t exist, interaction on the net is not any less concrete than other forms of socialising.

In fact, it’s not too different from the way things go in real life. We have all made the acquaintance of schoolmates, travel companions or army conscripts who we have frequented as long as there was occasion for it. Then, when time or space didn’t give us a chance to meet again, we have lost touch. We may have spent good times together, but one must resign oneself to the fact that things change and people come and go too.

I am therefore not scandalised at the way the internet has made it possible to get in touch with far away people. The only difference is that it accelerates speed and introduces casualness as a critical element. Besides, not showing your face may induce some to behave more boldly, but although good manners can be watered-down on the net, there is still a netiquette that distinguishes people who are moved by earnest intentions.

I have a number of internet acquaintances that I have made through language exchange sites and I can boast friendships that have lasted for a good deal of years through regular chats. Most of the people I have met didn’t last more than one or two days, but I am faithful by nature and am prone to cultivate a friendship that deserves attention.

So before I went to last weekend I got in touch with my friend Gregorio and arranged to meet him and his family. We have known each other for four years and given our relative proximity it was high time we met in person. Gregorio came to pick me up at the bus station and took me to his home where I met his wife and cousin. I was treated to a gourmet home-made dinner enlivened by an entertaining conversation sprinkled by the jokes that his cousin cracked in her beautiful Andalusian accent. Since we had only interacted using chat tools I had wondered how the encounter would turn out, but I had the best of times.

It is true that sometimes we are so busy keeping in touch with those who are far away that we have no time to give to those who are near. But this time it really paid to make the effort and bridge the gap that still lay open between us.