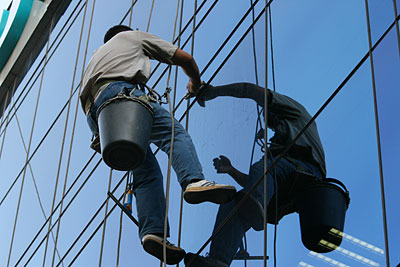 The economy spins thanks to innovation, this is perfectly well known. Economists have pointed out that innovation can take various forms, product, process and the litany goes on until a given sacred number which is in its turn presented as an innovative discovery, because a new theory also constitutes a sellable product.

All things new have always aroused the attention of customers who rush to come by the latest rage and thus distinguish themselves from those who fall behind or cannot afford it. Often it doesn’t really matter if a novelty is an improvement to the previous situation, because large swathes of the public would do anything in the name of social distinction, a goal they are prepared to attain by investing whatever amount of superfluous money they deem worthy of this. Fashion, hi-tech and every other industry sector are driven by the buyers’ irresistible craving for novelty that only partly brings about a genuine advantage in their welfare. Most products on sale pretend to introduce innovation, but in fact only respond to the manufacturer’s and the seller’s logic of making money. The pandered consumer is not always the victim, but is often the one guilty of uncritical behaviour, apart from being one of the natural driving forces in the mechanism of consumer economy.

If it was not like this, why would we have a product curve? The chart can easily be interpreted as the successive stages of affection and disaffection to something that is not indispensable: the first period, when the public is egged on by advertising and timidly tries the product, is followed by the phase in which the imitation effect makes buying go viral; eventually, the final slump indicates that while people have realised the intrinsic uselessness of the product, the distinctive power of owning it is lost to an excessive spread. The curve becomes as flat as before it started to pick up.

Not just products are characterised by this pattern of life. In the same way, don’t we consider new found friends nicer people than old acquaintances? It doesn’t take long for the enthusiasm to die off when we discover that there is nothing new under the sun, and the defects that we blamed on old acquaintances are also found in the new ones, if not to a more acute degree. Online socialising has made the turnover of friends dangerously quick and I fear it could lead to the formation of highly unstable or ruthless personalities.

The spread of ideas and theories behaves in a similar way. Throughout history the diffusion of doctrines was made possible by man’s love for novelty. We are always after renewal, even in the field of intellectual abstraction. But here too, the commercial motive is often the real driving force that hides behind success.

When I see certain shops, exhibitions or fairs that market products coming from faraway countries, I am usually attracted out of curiosity, but I also think that in this apparently vicious circle where the East buys the West and the West buys the East, it is those who stand in the production and distribution chain that are the real winners. I am especially suspicious when it comes to the marketing of theories. We look at our neighbour’s heritage with great interest and the conviction of finding in his garden the answer to all our material and spiritual needs: Mediterranean diet, steam cooking, shea butter, meditation, reincarnation, Ayurvedic medicine, and so on and so forth. In the end, though, this crazy game of apparent contradiction makes the intermediaries and the adepts’ rainy day. It is not by chance that they profess themselves the convinced followers of the new banner, but in reality, how much is there true conviction and how much is it greed for money?

Commercial motives often taint the purest ideas that are presented as innovative, but are supported by vile motives of enrichment.  Everything new appears always better than what is old, but if we had behaved with restraint maybe the test of time could have led us to draw opposite conclusions.