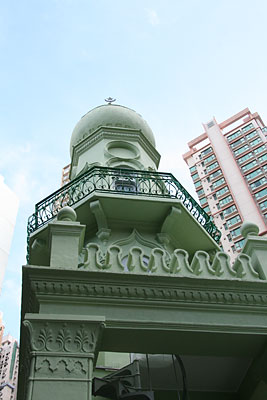 It was a jittery night after the whole pot of Wulong tea I drank over a nice dinner at a Soho restaurant. Instead of lying in bed waiting for sleep to come – which I sensed wasn’t going to happen soon – I listened to the weekly show of The Archers and to another radio programme. Time passed pleasantly and eventually I fell into a slumber.

It’s Sunday today, my last full day here, and I’ve planned to explore some of Hong Kong’s streets by walking to Central, rather that take the tram. It’s quite a distance, but not at all an unpleasant walk.

This district is not as crowded as some Kowloon areas. There, I saw tiny shops and in such numbers, all so close to one another, that the absurd query came to my mind about how their respective owners could possibly thread their way to their workplace without getting lost and in the evening head back to the right n-th floor of their tenement block. It’s a stupid question, but maybe the same that you’d ask yourself observing close up an anthill with bustling insects, each knowing exactly where to go in what looks like a disorienting mess.

I soon reach the area where dried seafood sellers are concentrated, their shops brimming with all sorts of fish specialities and a diluted smack of fishing harbour hanging in the air. I’m probably in front of the last stage but one (the last being the gourmet’s table) of the distribution chain that may have started as far away as the distant coasts of Africa. In Senegal I heard of Chinese mareyeurs, or seafood wholesale dealers, operating behind the scenes, after the local fishermen had risked their lives in long days of hard work at sea. They buy, freeze or dry and send to China the prized and sometimes controversial delicacies, like shark fins. And here they are on display in this shop, next to a scandalous sack full of tortoise shells.

The next station should be Victoria Peak, but the queue to the cogwheel tram is immense and I downright refuse to wait. Instead I walk through the botanical gardens on the steep slopes of the hill, passing the Catholic church that is filling up with a large assembly of Filipino worshippers for mass. Today is their day off and hundreds, if not thousands of them are gathered around Central as they do every Sunday.

There is even an amateurish concert sponsored by a workers’ union, boasting on a placard its 26 years of existence in Hong Kong. It’s a surprisingly long history and the large audience is evidence to the amplitude of the phenomenon of migrant domestic workers here. Nearly all are women determined to fight for their rights after cases of abuse by their employers.

Every shady spot is occupied by a picnicking party. Other noisy crowds of women are literally blocking the footbridges, packing the shops selling Filipino goods and of course the phone shops that everybody is obsessed with paying a visit to when in Hong Kong, even for a long stint.

As evening approaches, I start to harbour hopes that the tram to the peak will be less in demand, but it is not so. This makes me resolve to start the climb on foot. I set off at a brisk pace, in spite of the hot and humid weather, and I reach the top in just over half an hour. The peak is occupied by a big ungraceful building purportedly designed to let visitors appreciate the view, but in fact serving as valuable commercial space. 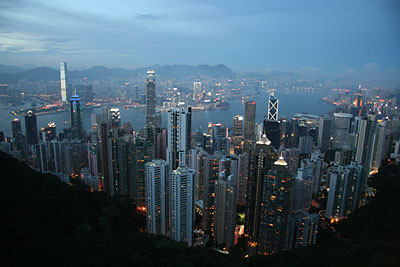 Its top level consists of a terrace with an admission fee that dominates the harbour. The slowly dimming sunlight reveals a breath-taking night view in the making, with the sky growing sombre while the city lights come on to defy the night’s curtain and offer the beholder another superb unforgettable spectacle. I’m seized by a similar sort of wonder that is produced by the sudden change of theatre scenes, only this time it’s a natural and slow change over an immense jaw-dropping landscape that unites stunning man-made constructions with an environmental setting of extreme beauty.

I’d probably never get my fill while taking in this view, but I should head back to Kennedy Town. I jog down the slope to end an active day. At least it’s a healthy sport, very unlike what I saw last night through a lit window in a high building where would-be fitness buffs were working out in a gym room, toiling relentlessly on a rolling carpet. That looked like the most unnatural setting to be exercising: not just in the middle of a city, but even in a closed space behind window panes. Such are the absurdities of living in big cities. Hong Kong time is over for me now: I can’t wait to leave to Sichuan and steep into nature. 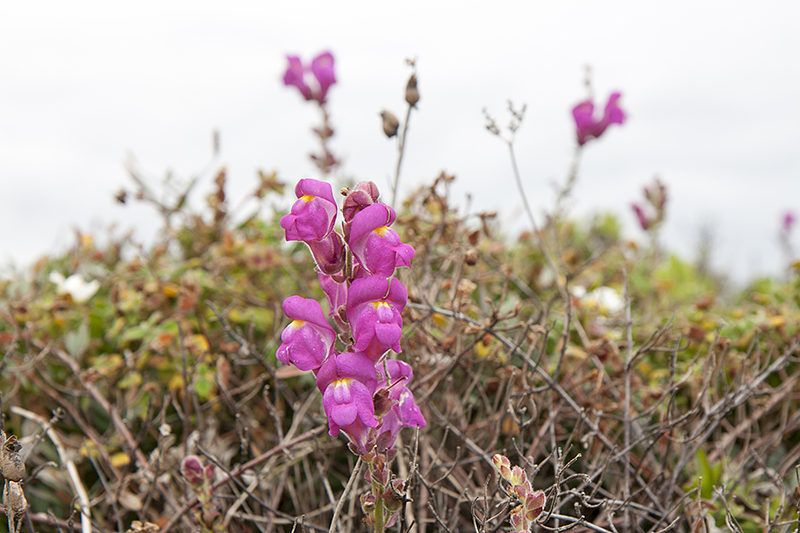