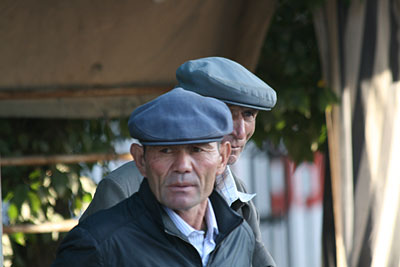 After a lunch on the river bank, I hitchhiked on to Nalati. I was luckier than yesterday because I was picked up by a sturdy car steered by a cautious driver. After a couple of hours I was dropped at the grassland visitors’ centre, another hideous creation of the Chinese tourist industry, which I all too pleased to gave a wide berth to.

I had an unpleasant argument with the greedy driver because he asked me a preposterous fee and held back my luggage in hostage. But I stood firm and tendered an amount that seemed reasonable until he thought better and let me go.

The valley bottom environment was not as inspiring after the Bayanbulaq highland prairies or the tall pine-tree forests on the road. On the outskirts of town a sort of amusement park offered traditional entertainments. On the riding ground I saw Kazakh boys who seemed to have been born on horseback and galloped to and fro with great skill. Their round faces, slightly flattened skulls, snub noses and brisk eyes looked friendly.

The hostel was empty and silent apart from the moans of a deranged person, but in the evening Haotian arrived with the girl. Before going to bed, we pored over his map to decide about our next destination. We will go to Zhaosu, at the far end of Xinjiang, next to the border.

The next day, we got up a bit late compared with the long distance we had to cross. Moreover, on the way to the bus station we came across an old man, a tourist himself, who stopped to familiarise and ended up giving us a long lecture about places to go. As we were not very convinced about our proposed destination, we were easily talked into changing it into the place he raved about, Chongstai.

After successive changes of buses over the whole day, we finally put up at the last town that could be reached before nightfall. Takese is presented as a wonder of urbanism through aerial views that show its daogao shape. All streets radiate from the central square and are joined by concentric rings. Its population is essentially , Han and Uyghur. 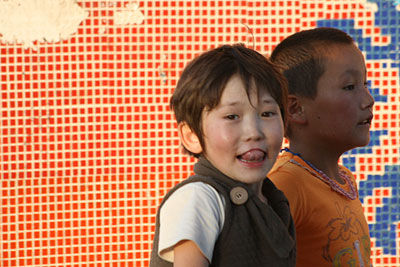 At the market I had baozi with such scanty filling that they tasted like plain mantou, but at least they were the occasion for a good laugh, especially because I had ordered four and could hardly swallow the second one.

The next morning we headed to the far end of the market, but the information we had gathered about the bus proved to be incorrect. We started to doubt about its very existence because everybody gave us contradictory facts. As we could not make heads or tails of it, we decided to hitchhike, but it was a fruitless attempt. At around 11 we saw a bus and we surmised it might be ours. However, back at the market, a man offered to take us in his lorry without even waiting. And we were lucky because the girl, who was now travelling with three boys from her country, had to wait until very late before the bus filled up and left.