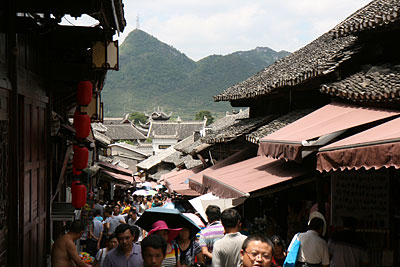 The day started off on the wrong foot. I was heading to Qingyan and knew alternative ways to reach the village, but settled on the one a woman in the street recommended: I’d ride a bus to and change there. However, when I sought confirmation about the second bus, the driver didn’t even let me finish the question before he offhandedly answered it was right. I stepped on board and got absorbed in reading, which is why I looked up to see high-rise buildings that made a very unlikely countryside scenery only when the ride seemed to be lasting too long. A passenger confirmed my doubt, but we were by then near the terminus.

I eventually got off at the bus station where I’d arrived two days earlier. Instinctively I hated the place and it took my revenge on me by making it difficult even to get away. I asked and searched for a while before I understood the station consisted of two separate sections and that Local Traffic was where I’d find the same bus that had brought me to that infamous place. At the platforms some routes required half an hour’s waiting, but there was no queue for my bus. I hoped I’d never have to be at that station again.

I could have taken it as a warning that reaching Qingyan had not been quite smooth. The village turned out to be a horrendous tourist trap in the best Chinese style, swarmed by hordes of visitors and consisting of an uninterrupted line of trinket shops and restaurants. And all that trouble to get there! In that human flood and commercial proliferation I could hardly see the buildings and I had the hunch that the historical town had been artificially expanded to host even more profitable businesses. The only positive note were a couple of interesting temples, with rites under way, an improbable Christian church and the countryside all around. The vegetable seeds on sale in the stalls and the fields out of the walls were the demonstration that the farming soul lives on in a village that has been implanted with a hideous commercial core.

I could still harbour hopes that the second village would be a tiny bit better. I returned to , struggled to find the bus, but finally got one that left me at the junction for Zhenshan. As soon as I arrived at this amazing place, I knew my day-long search had at long last yielded fruit. I walked on the paved causeway to the village and came across a man leading two buffalos from field work. The scene reminded me the novel ¡Vivir! I’d finished reading in the cursed bus.

The village was up to my expectations. Settled on a hill sloping to the reservoir, it was surrounded by green hills out of which stood a limestone peak. If Qingyan was a cheap playground for the urban populace, Zhenshan had a semblance of authenticity. Given the time, there were no tourists around, but there weren’t any souvenir shops either. Maybe the masses didn’t come here because it was not haowan – fun: no knick-knack on sale, no restaurants, just a boring original village!

I strolled down the paved alley and stopped to chat with an old man sitting on a wall. His accent was not always clear, but he wanted to know me and he seemed to have a story to tell, just like the main character of my novel. He took me down to his house, pointing to his natal home next door. A handicapped child, his grandson, was sitting in a wheelchair and I tried to establish communication, but the old man dismissed him saying he didn’t understand. There was acceptance in his voice, no sadness. His life was nearing the end and like the protagonist of the novel he could recount the hardships and misfortunes he lived through as if he was talking about someone else’s life.

Over dinner I continued the conversation with the landlord. He poured me a generous glass of the local sweet wine that he doesn’t drink, but his wife does, while speaking about life in this tiny Buyi village where the inhabitants have lost their local language to Chinese. When I was alone, I went up to the terrace, let the breeze caress my shirtless body and I took in the great night-time village view. Only a few windows were lit in the dark lake setting. At last I had found my village. 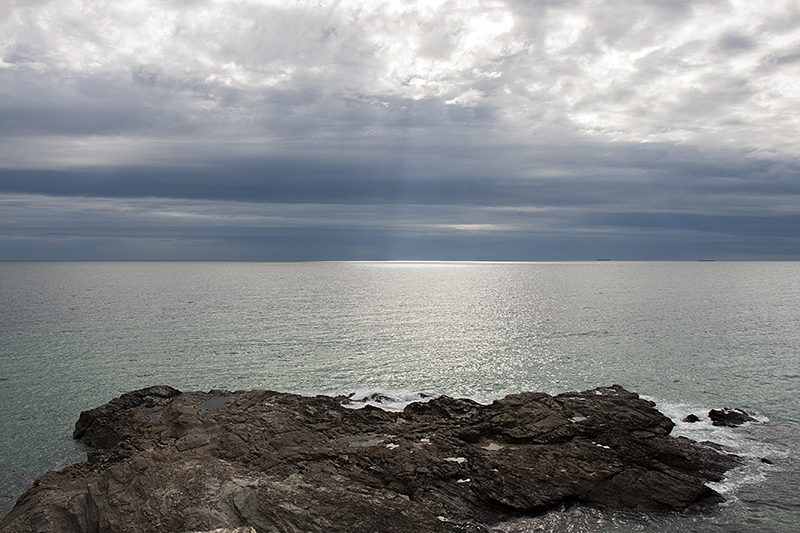